Ron Yary inducted into the Rose Bowl Hall of Fame 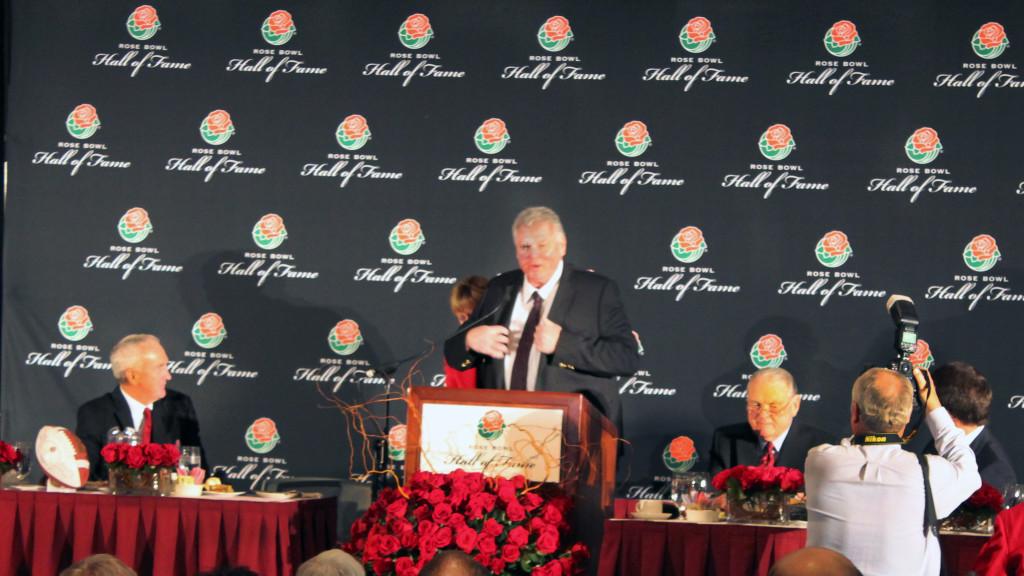 PASADENA – Cerritos College alumnus and Pro Football Hall of Fame member Ron Yary was officially inducted into the Rose Bowl Hall of Fame as a representative of the University of Southern California on Sunday, Dec. 30. The induction ceremony was held at the Pasadena Convention Center.

Yary was presented by Mike Giddings, (USC defensive coordinator from 1961-1965) who admitted that Yary is a person he has a lot of respect for.

“He’s probably the most honest human being that I’ve met my whole life. I don’t know that if I’ve ever admired a player more than Ron Yary,” Giddings said.

Giddings also noted that Yary might’ve been one of the strongest players out there on the field.

“He took the entire offensive line and our nose tackle with him,” Giddings said jokingly.

Yary, thankful for all his accomplishments, gives a lot of credit to coaching.

“I was gifted with great coaching. They taught me so many character building traits, like working through pain, and that the game is not about yourself,” he said.

He also added, “Do the best you can do and everything will take care of itself; that’s what they taught us.”

Yary is a graduate of Bellflower High School and played a season at Cerritos College before transferring to USC.

He played in two Rose Bowl games during his time in college, winning a national championship during his senior season.

Yary was considered the best offensive tackle in the nation his junior and senior seasons at USC, also being named a two-time All American tackle those seasons.

He also won the Outland Trophy his senior year at USC, which is presented to the nation’s top lineman.