Baseball is looking forward to the spring 2013 season 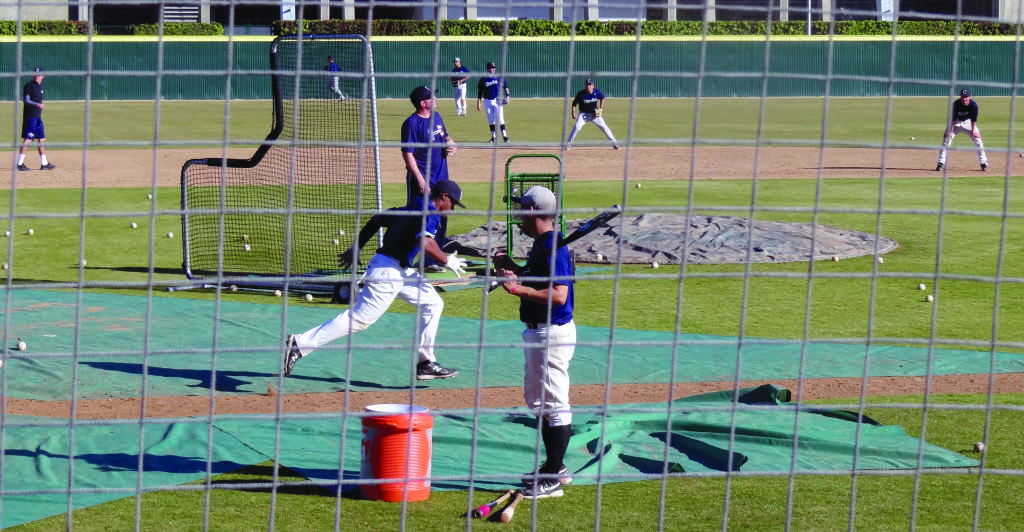 The Cerritos College baseball team awaits its season opener on Feb. 1 when it hosts Citrus College.

After a difficult season kept the Cerritos College baseball team behind all its predecessors, the Falcons are ready to take care of business in 2013.

Coach Ken Gaylord enters his 21st season with the Falcons, who are coming off a school-worst 7-29 record last season.

This came the year after a 24-16 record as the Falcons reached the Super Regionals in 2011.

Gaylord has a 518-301-4 record in his career at Cerritos College, which includes 145 players that have moved on to four-year universities or have been drafted in the Major League Baseball Amateur draft held in June of every season.

That said, Gaylord is confident with his group of players.

“We have a lot of left-handed hitters in our lineup. It’s been a while since we’ve had that.” Gaylord said.

That could be an advantage for the Falcons, who will await a difficult South Coast Conference; one that has improved from a year ago.

Most teams are loaded with right-handed pitchers, whose weakness could be the excessive southpaw batters that the Falcons possess.

Cerritos College will be ready to attack its rivals, utilizing the power of not just one player, but a whole team that will unite as one.

“There is a lot of depth on this team. There isn’t one star player to point out.” Gaylord continued.

There are also a bunch of new players, who assistant coach Brad Schwarzenbach is cannot wait to see.

“I’m very excited for the new group. We hope to bring a lot of intensity and show other teams that we are fearless.”

One of these new players is starting freshman, first baseman, Michael Esparza, who will play in his first game after graduating from California High School in Whittier.

“I want to help the team win. That’s it. I just want to win,” Esparza said.

It’s little things like that which will come a long way when Cerritos College hosts Citrus College in its first official game of the season at Kincaid Field on Feb. 1.