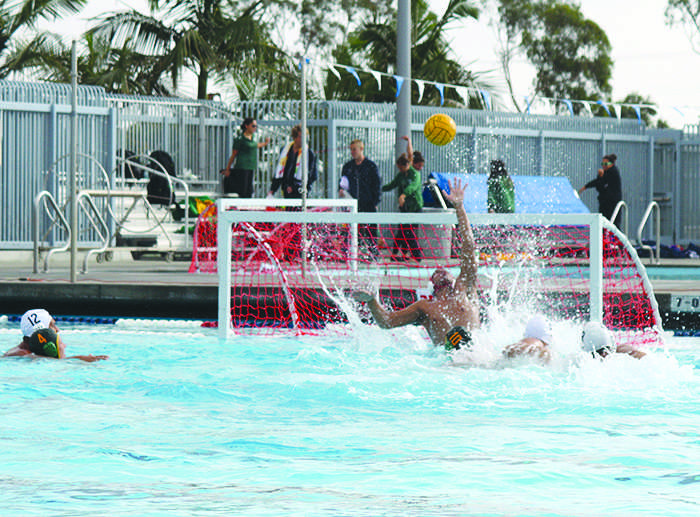 The conclusion of the game left players and coaches confused after the second round of the Southern California Regional Tournament.

“(The referees) kicked out two of (Golden West’s) guys and then immediately after kicked out our guy. I’m actually still confused about (the call),” Cerritos College head coach Joe Abing said.

Golden West’s head coach Scott Taylor was just as confused and said, “I don’t really know. I think they finally figured it out that it was the right call, but I’m not really sure of the exact situation.”

Cerritos College driver Miguel Garcia was able to shed some light on what had happened in the pool and said, “There were two guys drowning one of our guys, so they ejected the (Golden West College) guys. Then after our guy came up, he drowned one of them, so he got ejected too.”

Cerritos College came into the game as the seventh seed and was able to put together a second half comeback that fell short against the second seed Golden West College.

Garcia, who had two goals and three assists, felt that the men played better with their backs against the wall in the second half.

“We just didn’t really want our season to end, so we just really gave that extra push to see if we could come back. We had nothing to lose,” he said.

Two-meter offense player Michael Hanna credited the adjustments that were made during halftime and said, “We just made sure that we pressed out on (Golden West’s) shooter, tried to help each other on defense and (had) smarter passes on offense.”

However, the 9-3 score from the first half was just too much to overcome, even though Cerritos College was able to outscore Golden West College 6-4 in the second half.

“(Playing) a team like Golden West, if you get in a whole like that, it’s hard to beat them.” Abing said.

Golden West finished the regular season first place in the Orange Empire Conference and had a record of 23-3.

Taylor credited Cerritos for its effort in the second half and said, “Cerritos did a good job continuing to play and (the team) played hard the whole way and (it) did a great job of coming back in the game, making it tough for us the whole way.”