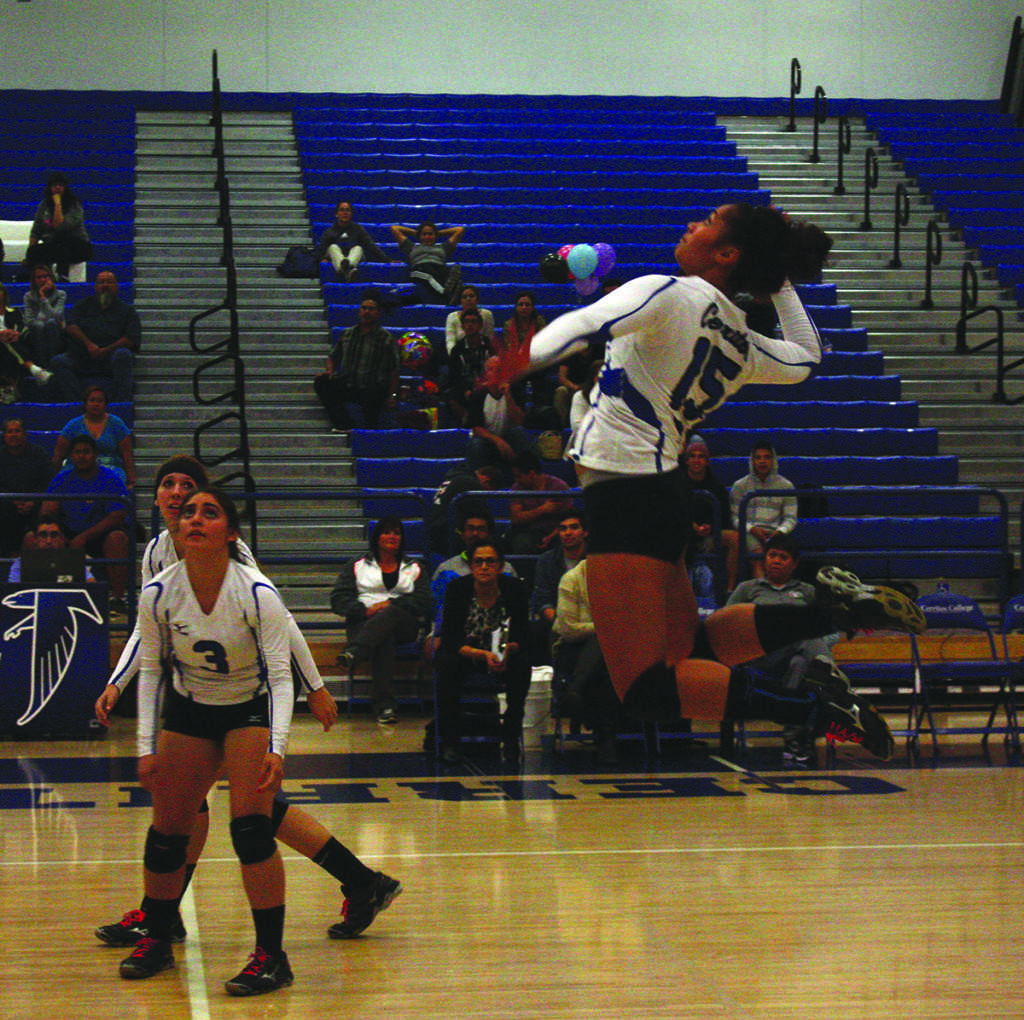 “I feel blessed that I got to play two years here and it was a great experience. Our facility is really good and, as a Falcon, I’m proud to have played here,” James said after the emotional victory.

The team presented flowers and gifts to the two sophomores and embraced them both after the game was over.

“I feel kind of sad, but it was a great season. We did good and I did what I had to do. I just wish the girls luck next year,” Castro said.

The Falcons came out relaxed and seemed to be having fun throughout the game and LA Harbor was able to keep the game close.

“I actually liked it. Yeah we messed around a little, but we pulled ourselves together and had fun for the last game,” Castro said.

Los Angeles Harbor College took Cerritos College to the wire in the second game and lost the match 26-24, with both teams going back and forth with the lead.

The team finished 9-13 overall and 6-8 in conference matches, but Ortega felt that the women played well even though they missed the playoffs.

“Overall I would say we were close every single game and hopefully next year, with the experience that they already got, the (women) are going to be stronger,” Ortega said.

Although the team had a losing record this year, the future looks bright for next year’s team.

“The potential is there. We have most of the (women) and we have strong outside hitters. We are only losing one player, besides the two sophomores, because she is going to transfer,” Ortega said.

The two sophomores that are leaving feel that the team will only get better next year and have high expectations of next year’s team.

“I think that they can take it. They played together this year and they shouldn’t have that many new people next year. They should be ready,” Castro said.

James backs her fellow sophomore’s comment and said, “I think it looks good. We always have good recruits and we have a brand new gym. It’s going to push us forward to getting a great team.”