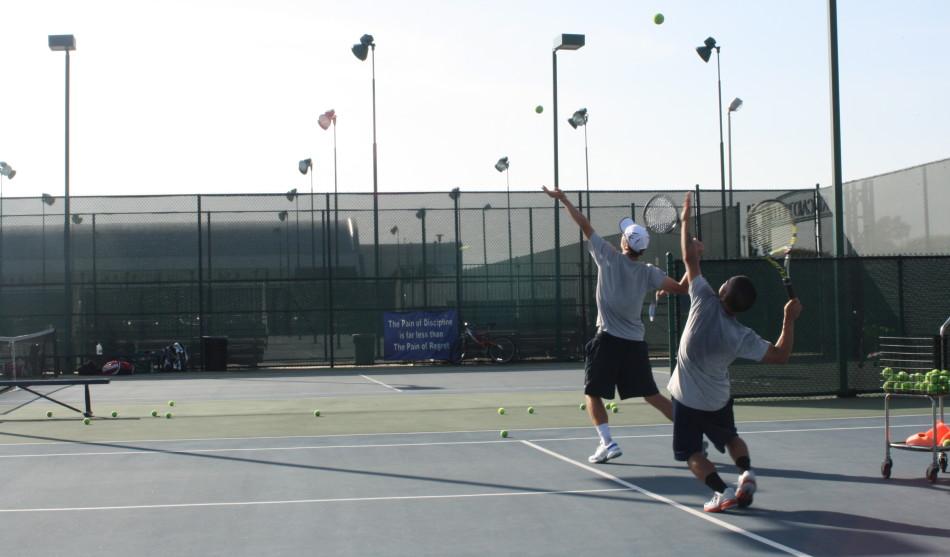 The matchup against College of the Desert was cancelled due to double booking.

A double booking occurs when a school schedules two match-ups on the same day and, according to head coach Alvin Kim, it commonly occurs with certain colleges.

The Falcons are currently riding an eight game winning streak, with an overall record of 9-2, recently taking down the (6-3) Glendale Vaqueros on Mar. 4.

Coach Kim acknowledged that the game against College of the Desert would have given his players a chance to carry on their momentum against a tough opponent but sees the additional time as a positive.

“The match against C.O.D is exactly what we needed, they’re a good team and it would really test us. A little bit of time off is okay because some of these guys are kind of beat up, there have been some injuries that we’ve been playing through, it allows them to heal and when hurt players are better, it gives them more confidence,” coach Kim said.

“Obviously not having a game today was a bit of a surprise but it gives us, the starting six, (time) to rest and do all the training we need to prepare for our conference game on Thursday but more importantly on Friday against San Diego Mesa but this week will help us prepare mentally and physically,” Eshmade said.

Already passing the halfway point in the season, the Falcons look to extend their winning streak to 9-0, with playoff aspirations coming to fruition.

Next, the Falcons host Mt. San Antonio College, in a South Coast Conference match, on Mar. 13 at 2p.m.