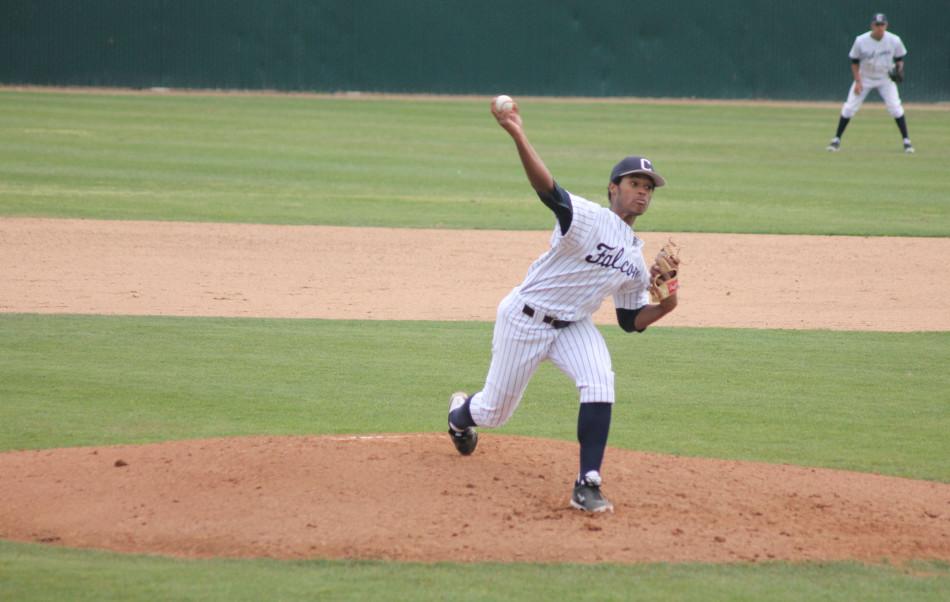 This season, the baseball team has prospered from the hard work of the pitching staff that has an outstanding 2.60 ERA (earned run average) on the year.

When Robinson starts his overpowering arsenal of pitches, it brings plenty of scouts and radar guns out to Kincaid Field.

With an outstanding resume under his belt, Robinson will be entering the Rule 5 Draft this summer in hopes of turning professional.

Robinson’s work ethic is part of the reason he’s come so far.

“It takes a lot of hard work and dedication, you know, seven days out of the week, no days off,” said Robinson.

Robinson appreciates all the support he’s received all year from the Falcon faithful.

“I’ve been through it my whole life so I just go out there and try to pitch the same game that I’ve been pitching since little league till now,” Robinson said.

“He has a bright future if he continues to work hard as he’s been working now and developing his command with the fastball and his breaking pitches I think he’s going to be fine,” said Gonzalez.

According to Gonzalez, Robinson can reach anywhere from 90-94 MPH on his fastball, which at this level of competition allows him to blow the ball right by hitters.

“What gets the scouts here is his fastball, that’s the first thing that they see,” said Gonzalez.

Gonzalez says Robinson also features a modest change-up and cutter/slider that he learned how to throw this year.

While the pro scouts like Robinson as a pitcher, head coach Kevin Gaylord differs.

“I really think the kid can hit that’s why I hit him. He’s not your prototype 6’4” right hander,” said Gaylord.

Gaylord thinks that pitching-wise, Robinson will be a good closer at the next level, but his bat should not be overlooked and at the next level he will need everything he has going for him in order to succeed.