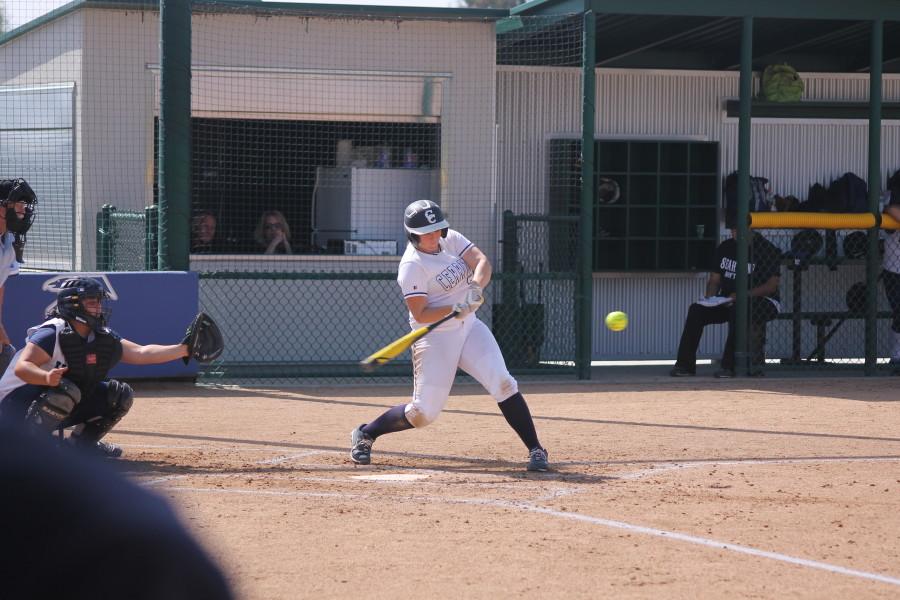 Cerritos opened the floodgates on the Seahawks as they scored at least 1 run in every inning.

“I think today we stepped it up and came together more, ” said sophomore first basemen Haley Whitney.

Whitney came up big for the Falcons with a single and an RBI double. According to Whitney, the Falcons have to keep working as a team in order to continue to get the job done.

Whitney’s RBI double came during the third inning, in which the Falcons scored 8 runs, effectively putting the game out of reach.

“I think we did really good. We came out strong and didn’t take anything lightly,” freshmen second basemen Monique Ramirez thoughts on the win.

The relentless aggressive approach Ramirez is referring to is the reason Cerritos College has now earned their 5th conference title in the past 7 seasons.

With the win, the Falcons finish the regular season as South Coast Conference Champions with an overall record of 30-10 and a 18-3 mark in conference play.

The Falcons now head into the playoffs where they will need outstanding team chemistry and execution if they are to advance.

“I think we’re ready for the playoffs. We’re pretty confident that we’re going to do fine,” said Ramirez.

“We’re trying to gear ourselves toward playoffs now, so we talked about getting back into a mode of just being aggressive and confidant in what we’re doing and I feel they did that today.” said head softball coach Kodee Murray on her teams approach to the game.

Murray feels the Falcons had a good all-around performance and executed everything they had worked on all year.

“They’ve worked on taking pitches and stepping up in the moment.”

Murray had nothing but kudos for her team on this day as they turned in a performance she says she’s proud of and now looks forward to the post season.

“It’s like a second season and we’ll get together and talk tomorrow about where we’re at and how playoffs work.”

Murray knows that in the playoffs every team has a shot to win it all and the Falcons are no exception.

The Falcons quest for a title begins on May 3, but they will find out who they will face in the first round when seeding is revealed on April 26.