Volleyball ready to ‘spike’ for conference 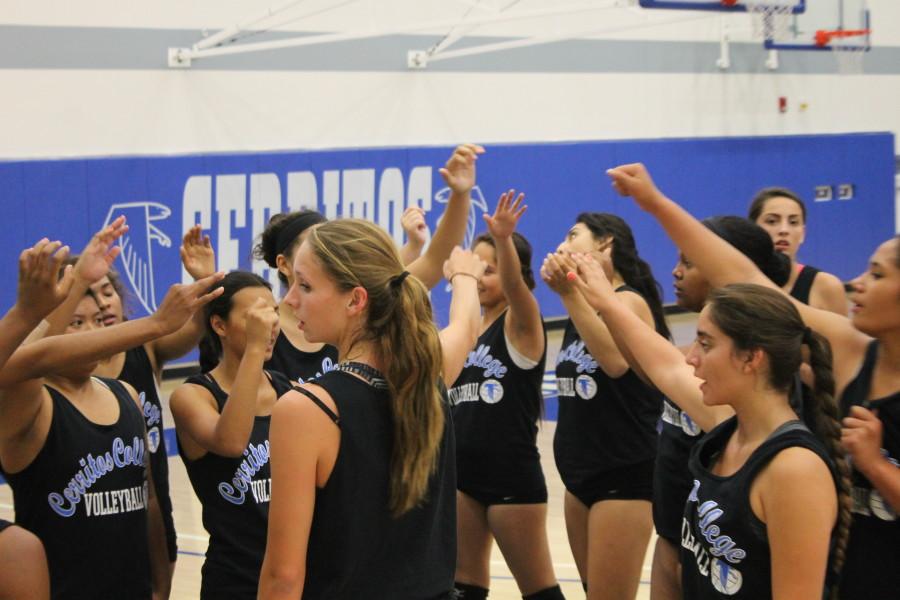 There is a numerous amount of energy stemming from the volleyball team this season, and expectations are very high for this team.

Head Coach Teresa Velasquez said, “My expectations right now is to win the conference and work hard for that.

“The team chemistry is very good because it’s the same thing – we have a lot of returners, so it’s always going to be a difference when we have more returners than freshman.”

One sign of determination that has been demonstrated is the fact that not only does the coach want to win conference, but the players want to win it just as badly. The team’s right-side-hitter Tisha Lenon also said, “My expectations for my respective team is to win conference, and even to make it to the first round of playoffs.”

The majority of this year’s team are returners, but it did manage to get some extra help with more players and more coaches. Lenon also stated that, “One approach that we did differently this year was getting different coaches and doing different techniques to making it to our goals.”

Dymond Johnson, the women’s defensive specialist, said, “I will be starting off by being a red shirt, but I will be cheering my team on in the sidelines to show her support for my team.”

Even though she may not be starting right away, she will still be a part of the team and contributing in any way that she can.

As players, they all acknowledge at least one individual that will make a big impact to the team.

Lenon said, “There are two players that stand out to me.

The team is looking very well and its is walking into the season with its chins up high and full of confidence.

The mindset has been set and are ready for a productive season as it goes on the road to winning the conference, as the team said it was.