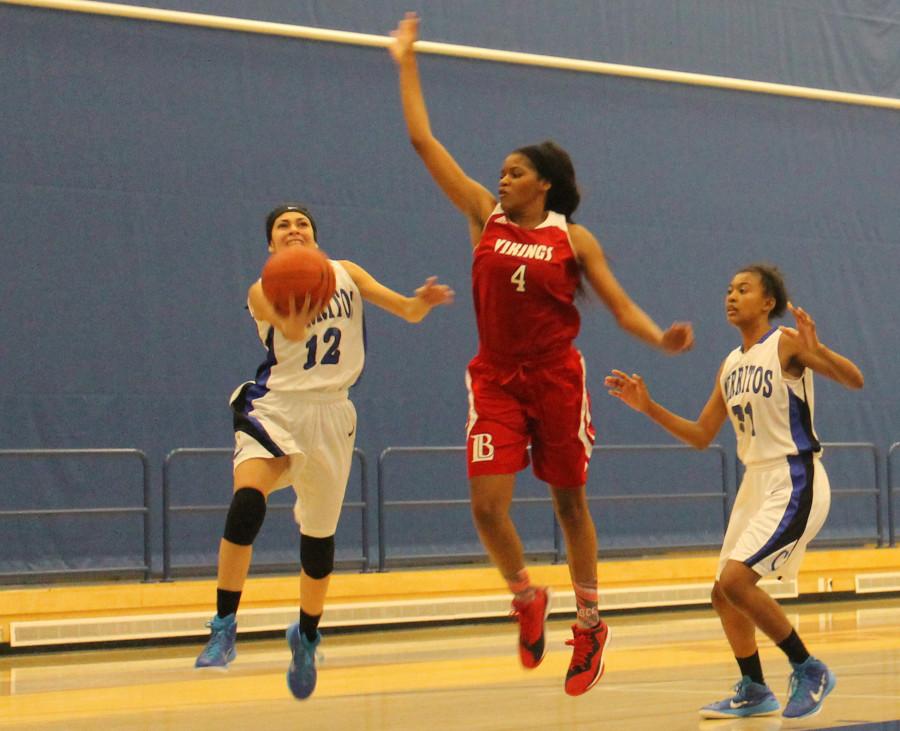 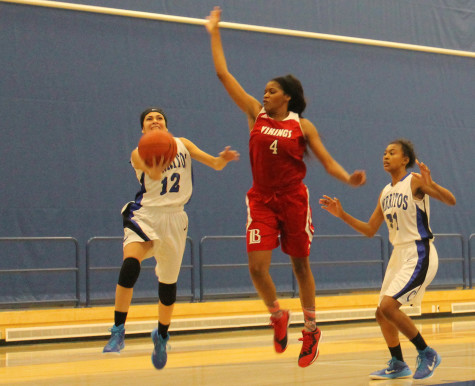 While during the first half, the Cerritos women’s basketball team were struggling to keep up with the Long Beach City Vikings, they pulled through with a close win of 52-51.

While during the first half, the Cerritos women’s basketball team were struggling to keep up with the Long Beach City Vikings, they pulled through with a close win of 52-51.

The conference game was off to a rocky start as the Falcons struggled to make a shot, until center Selena Romero broke the slump.

“I feel like our nerves kind of got to us a lot, we wanted the game really bad and we were forcing a lot of shots,” Romero said.

The Falcons struggled to keep up with the Viking’s strong offense, as the Vikings led the first half steadily by less than three points.

“We learned from the first half and in the second half we corrected ourselves,” she added.

The Falcon’s offense however took many risks with shots and paid off, with 7 minutes left in the first half the teams tied 18-18.

“Cass [Carrillo, guard] started out, Verenice made some threes, that got it down to a more manageable number,” said Head Coach Karen Welliver.

During the the second half, the tide turn as the Falcon’s defense deterred the Viking’s momentum.

Aissha Baldwin, center, scored 12 points during the second half.

“Defensively, coach [Dean] Ackaland did a good job changing defenses depending on their personnel so we did a good job and the kids relaxed and we started playing better,” Welliver added.

According to Welliver during the half time, it was more about the Falcons telling each other that they could do better, rather than her giving them a pep talk.

She attributed the Falcon’s lack of composure during the first half as holding them back.

“Personally I felt angry because l knew we could do better than how we were playing,” said forward Ashley Flores.

Throughout the second half the Falcons and Vikings were toe-to-toe in points, neither team ahead of the other by more than 5 points.

The Vikings were calling time outs to draw out the last minute but in the end the Falcon’s defense left them behind at 51 points.

Guard Kennedi Cooper said, “We came out slow in the first half but we came together and we told ourselves we need to pick this up and win this game.”