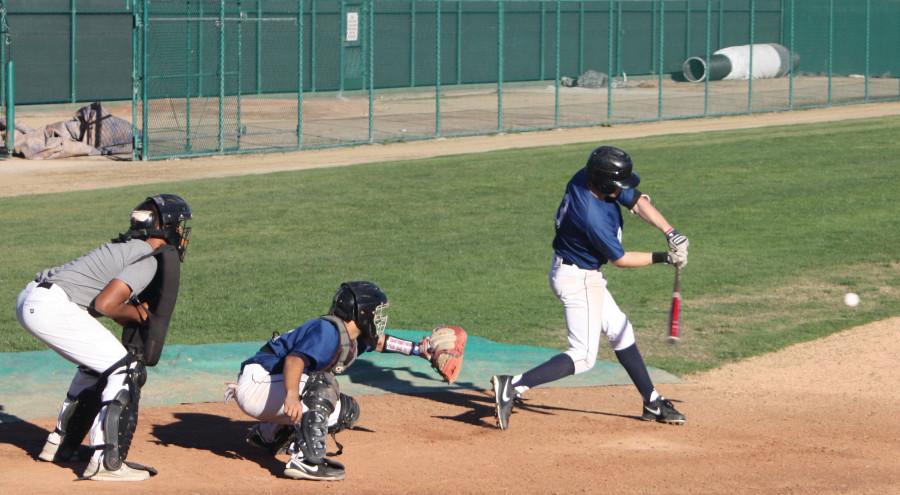 With the first game of the season only two weeks away at home against Glendale, the Cerritos Falcons baseball team seems pretty confident going into 2015 despite the high expectations coming off a successful 2014 campaign.

Pitching Coach Ben Gonzalez explains, “The expectations are there and that’s great because that’s where it all starts.”

Last season the Falcons finished atop the South Coast Conference with a 15-6 conference record and an overall record of 25-14, which was enough to earn them a trip to the playoffs where they were eliminated at home by Los Angeles Pierce College.

Pitching played a huge part in the Falcon’s run last year and it figures to play a vital role in how far they go this year as well.

“We’re a little young on the mound but we’ve got some good arms so all we need to do is make sure they’re working hard and developing” said Gonzalez.

Last season the Falcons had a deep rotation led by South Coast Conference Player of the Year Jared Robinson. Robinson went 10-4 with a 2.23 ERA and 63 K’s in 93 innings pitched.

Despite these numbers put up by Robinson, the Falcons couldn’t have done it without two other names worth mentioning. Dylan Algra and Kyle Carpenter, the latter of whom will take on the role of staff ace this season. 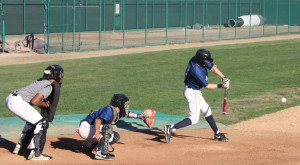 Gonzalez said, “He[Carpenter] was first team all-conference last year and was our ERA leader so he’s going to step in and take that role that Robinson had last year.”

Carpenter also led the Falcons at the dish last year where he hit .308 in 107 at-bats.

Bonner isn’t the only returning player expressing optimism. Although he knows the team is young, sophomore pitcher George Mendoza believes sophomores like himself have to lead by example in order for his team to succeed.

“We got a lot of good players. We got a lot of new guys that are going to contribute to our team and hopefully us as sophomores can lead by example and we can have a good season.”

A huge part of winning is having good team chemistry. The only way to build this chemistry is to spend time with the guys you go to battle with and Mendoza knows this very well.

“We all hangout and we’re friends you know so the chemistry is good and we should be really good.”