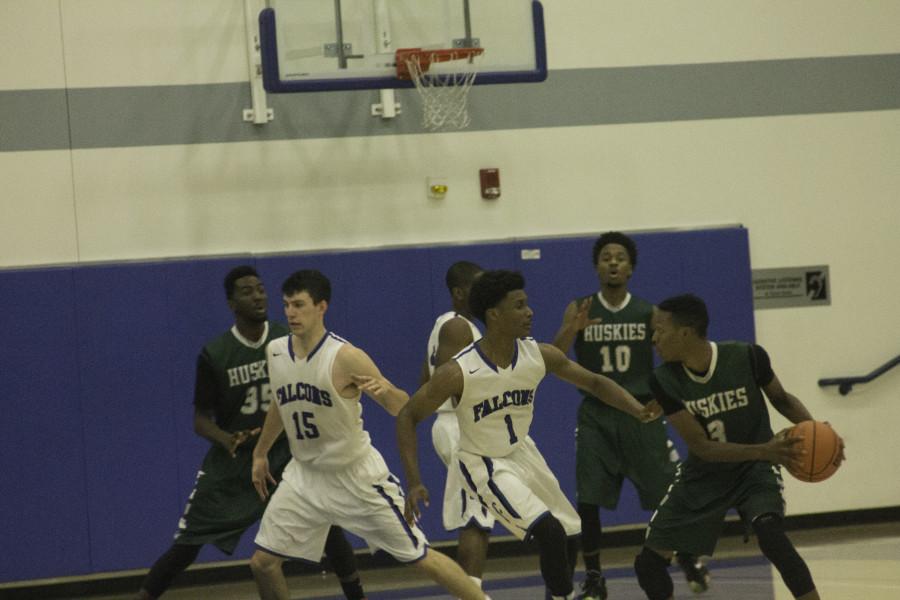 The Falcons hosted East Los Angeles College on Wednesday, Jan. 21 as one of the top-five community colleges for basketball.

The Falcons looked forward to defending the home-court against the Huskies and start a win streak, as the Huskies were looking to make a three-game winning streak.

The first half ended with the Falcons down 29 to 34 against the Huskies. Sophomore guard Micah Winn scored 11 points at the half, where he averages 15.2 ppg.

He led the team in scoring at halftime, getting help from fellow sophomore Josh Bell, who scored seven points at the half already reaching his average in points.

With being down five points to ELAC, the Falcons searched for a point in the game to take the lead.

The Falcons chance to take the lead in the second half came when Winn was fouled shooting a three-pointer with 15:31 left in the game, being down by two points.

Winn made all three free throws and the Falcons took the lead 41-40.

The Falcon’s last lead in the game was at the 12:39 mark being up 46 to 45 after, the Falcons were down by 10 with eight minutes left in the game and didn’t stick to the game plan.

With three minutes left in the game, Winn twisted his left ankle going in for a layup.

He was subbed out only for 22 seconds then he returned to finish the game as the Falcons lost 67-81 to the Huskies.

After the game Head coach Russ May said, “Our preparation was good we just didn’t execute our game plan very well especially in the second half.”

The coach’s game plan was to “Get the ball inside and pressure them up and force them into turnovers.”

“Coach tried to prepare us to play physical and set the tone early,” said Bell as he prepared for the game.

The next game for Cerritos is an away game at Mt. San Antonio on Friday, January 23 at 7 PM.

Winn finished the game with 16 points playing a team-high 37 minutes.

“I felt pretty good, I always love home games we got a good crowd, we had good practices and a great scouting report,” said Winn.

He also spoke about his injury, “It’s very tight I’m going to play on Friday I’m not going to let that hold me down and take some Advil.”