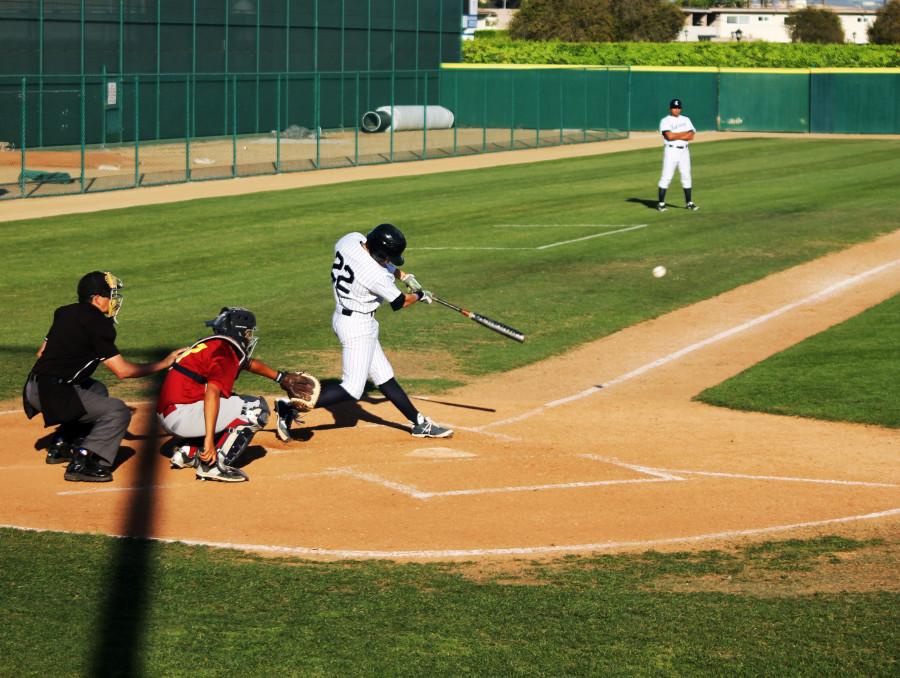 If there ever was a time baseball needed a mercy rule it was on March 5, when the Cerritos Falcons routed the visiting Pasadena City College Lancers by a whopping 14-3 final score.

The Falcons came in ready and focused to have a big day at the plate against Pasadena and they sure did. They scored a run in every inning except the sixth and finished the game with a total of 14 runs on nine hits.

Head coach Ken Gaylord admitted that the Falcons answered to his call for more offense a day after edging out a 5-4 win in the first of game of a three-game set against Pasadena.

Freshman right handed pitcher Valentin Flores-Gomez took the mound for Cerritos against the Lancers and worked through 5 1/3 giving up three runs (two unearned) on four hits, while walking five and striking out five.

Gaylord feels Flores-Gomez was a bit shakey and definitely not spot on his game.

“I didn’t think he was very good. You have a big lead like that and you’re walking and hitting guys [that’s unacceptable] and he can pitch better,”

There were a few instances in the game where the Falcons could have really run up the score, but they showed some class instead, which isn’t often seen in baseball.

He added, “We were up and they were out of pitching and sometimes you’re on the other end of that and you don’t like it when guys run it up.”

Earning a sweep is tough at any level of play and Gaylord knows this, but he feels his team has a good shot to sweep the series. “It’s tough to sweep, but if we come ready to play on Saturday that’ll be the key.”

Sophomore pitcher Travis Bonner talks about how he and his teammates were able to earn a blowout win a night after winning a 5-4 nail biter against the same team.

“After yesterday’s game we [felt] that we didn’t hit enough like we should’ve so we told ourselves on the bus ride to come out and take good BP (batting practice) and go with it,”

Bonner came in to relieve Flores-Gomez in the sixth and went 2 2/3 innings giving up no runs on one hit and 2 strikeouts.

Despite what the numbers indicate, Bonner feels he needs to work on his control.

“I could’ve done better myself on certain pitches like [when] I hit two guys. My curveball wasn’t on today and I just need to make an adjustment to it.”

The Falcons are now 2-0 in conference play and in order to continue to win when it matters they have to keep taking it one game at a time as Bonner said.

“We’ve got to [keep] starting from the beginning and go one step at a time,” he said.