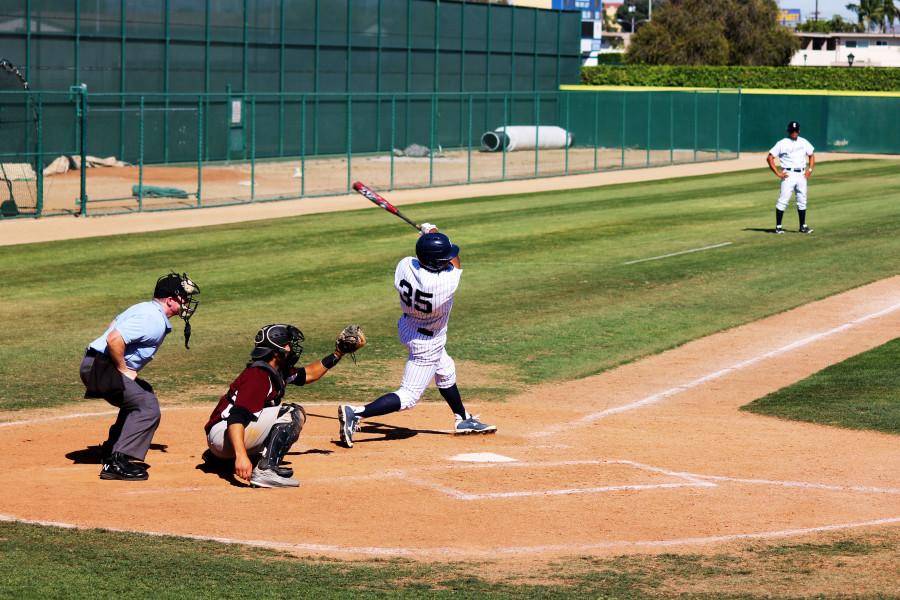 Three total runs in a three-game series was all the Falcons were able to muster against Compton College.

After shutting out Compton 1-0 in the first game behind a solid outing on the mound by sophomore pitcher Ryan Arambula, Cerritos lost the final two games of the series 5-1 and 2-1, respectively.

Despite being in every game and losing two of the three by one run, pitching coach Benny Gonzalez feels his hurlers didn’t make the pitches they needed to more often than not.

Gonzalez said, “Well we didn’t make good enough pitches and these guys can swing it a little bit. They’ve got some good hitters in the middle of that lineup.”

Gonzalez alluded to the fact that Compton had limited opportunities to score as opposed to the Falcons.

Unlike Cerritos however, the Tartars were able to cash in with runners in scoring position more often than not.

Sophomore pitcher Travis Bonner said, “Honestly we just have to step up the simple assets of our game right now.”

One of the things the Falcons didn’t execute on is moving runners over.

He added, “Honestly bunting is something we’ve been working on in practice a lot for it not to be working in the game.”

Bonner also recognizes that despite the strong efforts turned in by he and his fellow pitchers on the mound, “Pitching we made a couple of mistakes here and there. I just think a lot of our guys are just trying too hard to do a little too much.” Bonner said.

Bonner knows the mistakes being made on the mound are more mental than physical and can be tuned out with some minor adjustments.

“I just think we need to get back to our game and throw the pitches that are being called, hit the spot and go on to the next pitch.” he said.

Bonner feels that the same approach should be taken by the entire team in order to bounce back from the two-game-slide they are currently in, “We’re thinking too much about the ninth inning.

I just think we need to take it inning by inning one inning at a time and that’s how we need to stay to keep the chemistry alive and take it slow and play our game. I think we’ve gotten out of playing our game.”