Defeated college looks to strike back at women’s soccer team 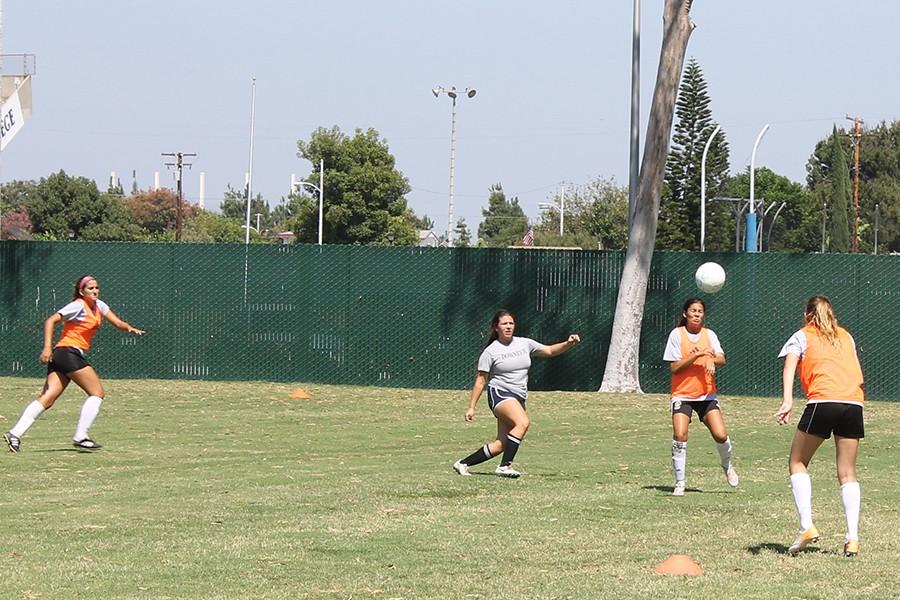 The team scrimmages at the end of practice on Tuesday August 18. Here, a play off a throw-in is being made. Photo credit: Taylor Ogata

Coming off its third consecutive state championship in 10 years, Cerritos will begin their quest for a fourth straight state title starting with a pre-season match on August 27 against Fresno City College at Las Positas College.

Head coach Ruben Gonzalez said, “This is going to be a great matchup. Against the second-ranked team in the nation and us being number one, we have a lot of challenges.”

“They’re going to come at us hard,” said center back Malia Tilton. “We just barely beat them last year and they are going to be looking for revenge against us.”

While most of the top players from last season are gone, there is one player who is expected to be among the best for this season, forward Natalie De Leon.

“When it’s number one versus number two and we’re number one, then it’s not going to be easy especially since we edged them out last season,” said De Leon, who is entering her first season on the team.

Last season, the Falcons went 19-1, including 13-1 in conference play, during the regular season before going undefeated in the five playoff games.

Overall, Cerritos averaged 5.5 goals per game with a .262 shooting percentage and a goals against average of 0.24 according to cerritosfalcons.com.

The team travels outside of California every year with the next stop being Richland College in Texas this September.

Last year, Cerritos visited two different colleges in Illinois for two different games, both of which were victories, including a 16-0 rout of Illinois’ College of Lake County.