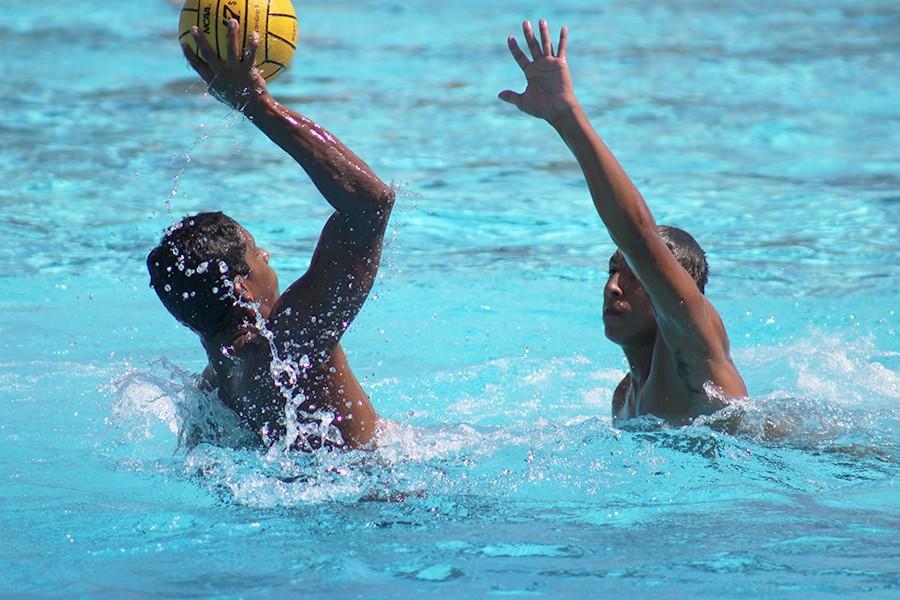 The men’s water polo team played its first couple of games out of state in Annapolis, Maryland.

This first game this season will be played against Gannon University at Annapolis, Maryland.

This will be the second consecutive year the team travels to Maryland to start the season.

Cerritos College defeated Gannon 13-12 last season and is expect to be challenged this time for the first game.

Utility player, Angel Rojas said, “I’m pretty excited the team looks pretty good we practice so hard. We are going to play against good teams and we are going to be in good shape.”

Last year’s team went 21-9 and hope to be better this season with a couple of players who red-shirted last year and bring experience to the team.

There are six returners who look to make an impact this season.

Head coach Joe Abing said, “Those players will probably make the biggest impact for us and we have some guys coming out of high school that are going to make an impact too, but the experienced guys will make the biggest contribution.”

Angel Rojas is one of the players who red-shirted last year, but this will be his first season playing for Cerritos College.

He will be side-by-side with his brother Gabriel Rojas this season.

The team finished the season placing third in conference and were not selected even though it beat the first and second place teams in conference last season.

Utility player, Peter Roldan said, “I expect the team to get a lot better and have some pretty exciting games and to get a lot of wins and hard wins, but nothing to difficult we couldn’t handle.”

The first game will be against Rio Hondo College which is a conference game at 4:15 p.m. and the second game will be directly following that game at 5:30 p.m.