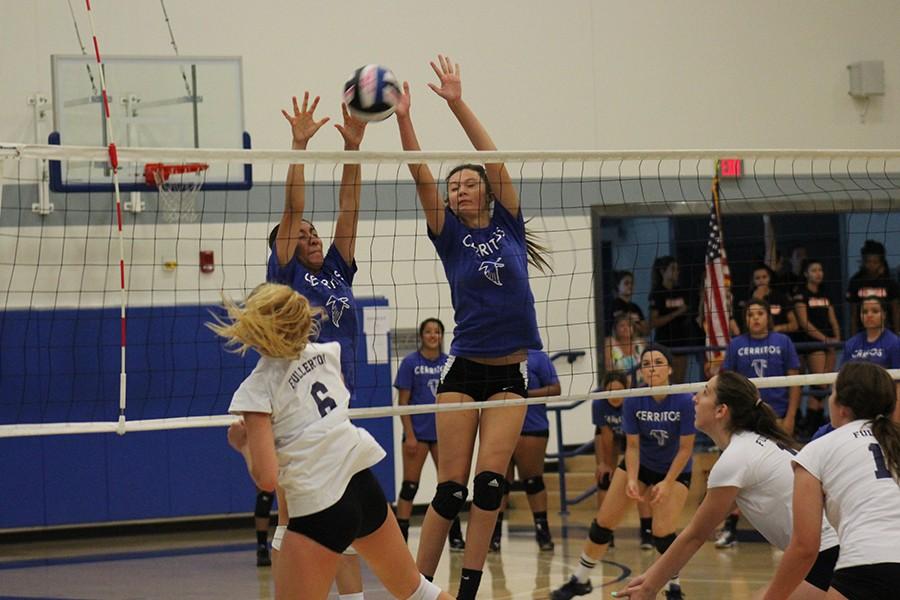 On Thursday Aug. 28 the Cerritos volleyball team held a scrimmage before they started the season.

With a total of seven teams each played the other for 30 min. and had a break for the match length.

The scrimmage brought six other colleges to help prepare all the teams for its respective seasons.

Some of the colleges that were present at the scrimmage were Riverside, Long Beach, Fullerton and Santa Ana.

There was no score keeping while playing the scrimmages.

Cerritos will play Santa Ana on Sept. 4 at home, and got a little preview and know what to prepare when it comes back to play the first game of the season this Friday.

Head coach Teresa Velasquez-Ortega, entering her 16th season as head coach, said, “We prepared really hard we have a new squad and we have a lot of talent in this team.”

She added, “I think it’s very good the girls get together and I’m surprised we did what we practiced in the scrimmage.”

With 14 players on the roster this season, Ortega is looking for returners to help the freshman this season on and off the court.

One of those players is Nicole Spigner, outside hitter, who is entering her second season, but red-shirted last season.

The volleyball team went 14-8 last season with a record of 11-3 in conference, and the longest win streak was six matches.

Another player who is entering her second season is Natalie Caravantes, setter, who played in 20 matches last season.

For Carvantes, the off-season consisted of “…[work outs] before practice with our trainer and we did a lot of weight lifting.”

The women’s volleyball team will host a Cerritos Tournament on Sept.11 and 12 and will play a total of four games that weekend.