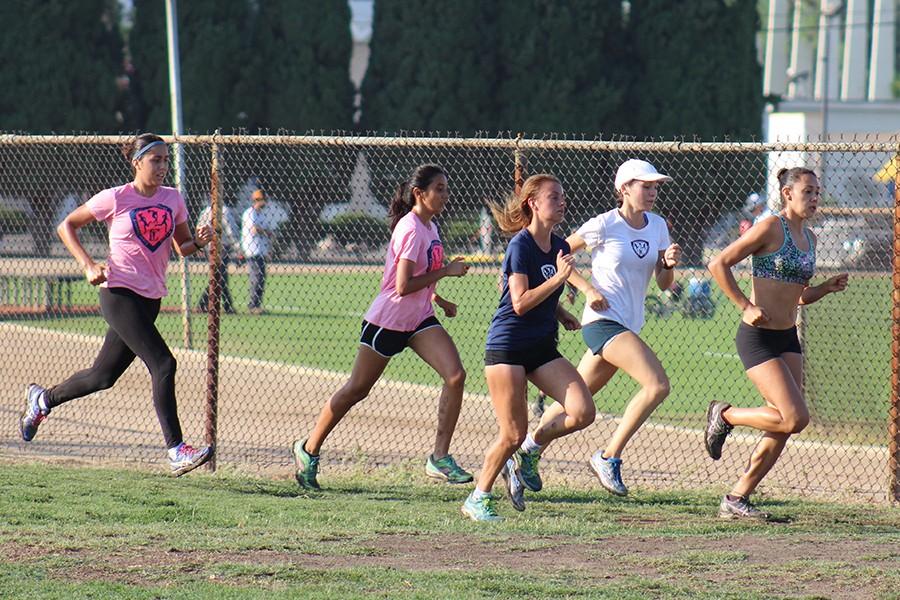 With only having half the runners compared to the men this season the women have the edge with more experience this season with o total of 15 women on the roster.

The Falcons open their season on Saturday vs. Mark Convert Open at Carbon Canyon Park.

The women’s cross country last season won first place in two events one in the Embry Riddle Invitational and the other in the Brubaker Invitational.

The team also won second place in two events last season, one in their opening meet last season in the Mark Convert Open and the other in the South Coast Conference Championships.

Head coach Bryan Ramos, said, “Our strong point is our returners we have four sophomores in our top five and that is going to be key for us. They are able to handle higher mileage this year harder workouts and higher intensity.”

He added, “Well our first meet gives us a chance to run against division No. 1 and division No. 2 schools, but our women should do very well because they know [their] course well.”

A sophomore who red-shirted in 2013 Marylu Puldo, is this year’s captain for the women’s cross country team.

She was named first team all conference last season as a freshman.

“We worked on bonding and being together and communicating that there is no misunderstanding so its easier for us to function,” Puldo said.

Another runner who returned to the roster this season is freshman Stephanie Perea.

Perea is really excited for this upcoming season and determined to start off well at the Mark Convert Open.

After being done with their first meet, the team looks to continue its season at the Fresno Invitational on Friday, Sept.11.

Last season in the Fresno Invitational they team placed in third place with a total of 105 team points.