Falcons down the Dons 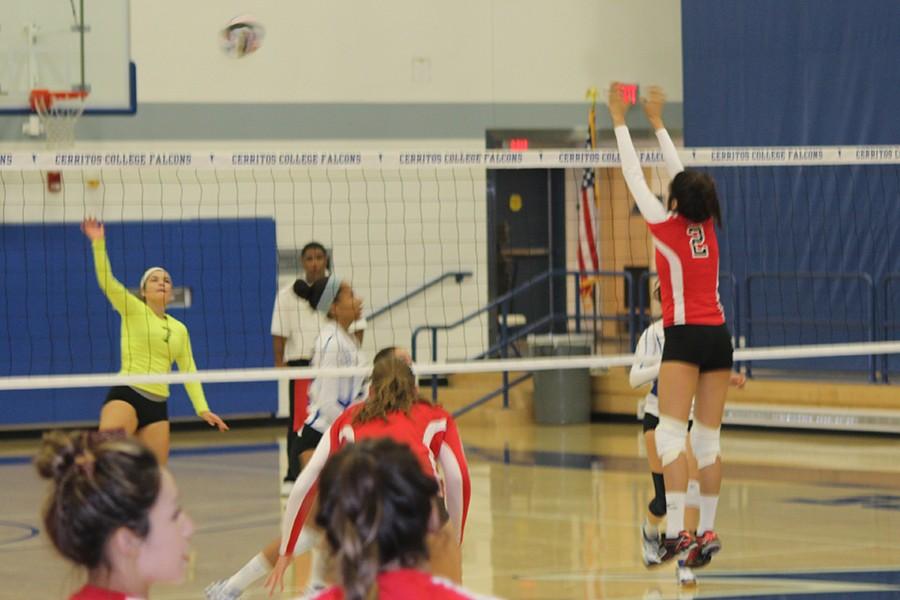 Led by Kayley Stephens’ 10 kills and Monica Vega’s 12 digs, the Falcons cruised to a straight set victory over the Santa Ana Dons in front of a crowd of 65 people at the Aviary.

“I was thinking, ‘just put it down and kill it,’” Stephens said on one of her kills. “My other teammates did that too and we stuck together as a team, and that’s how we won.”

“Santa Ana came out hard just like I expected it to,” Head coach Teresa Blacquez said.

“We practiced hard and put it into a game-like situation, especially with Nicole [Spigner] and Natalie [Caravantes] taking control of the game.

“Even with butterflies in the stomach, they still managed to get the win,” she added.

“However, they [the players] still need to practice more serving because we committed a lot of service errors,” Blacquez said.

Libero Jasmine Peralta, who finished with seven kills and four aces, said, “We just keep practicing. That’s how we get better.”

The Falcons will play in the four-game tournament at the Aviary on Friday, Sept. 11, and Saturday, Sept. 12,

The first game will be at 11 a.m. on Friday morning.