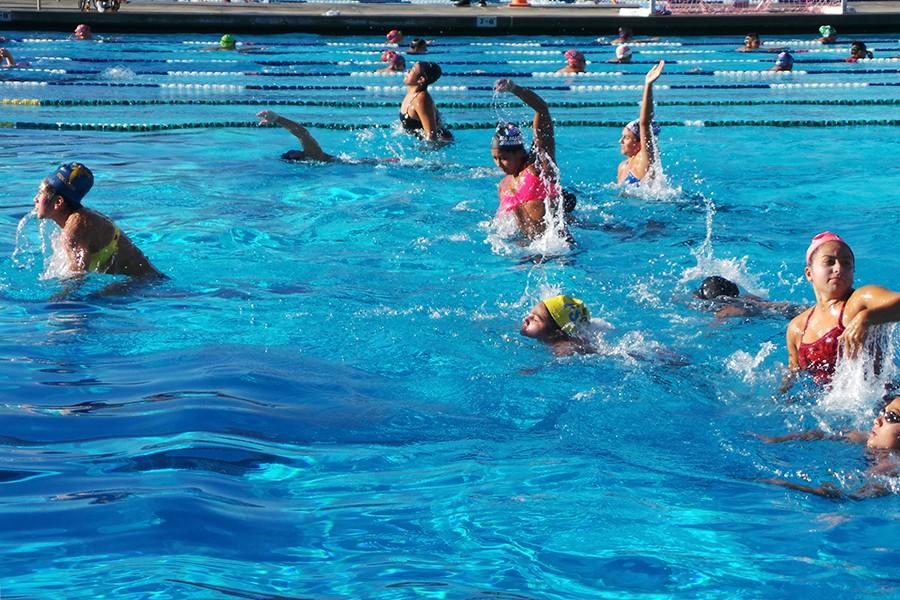 Assistant coach Shanon Ku believes the tournament will be a great experience for the team, as it would allow them to compete against schools they normally wouldn’t compete against in Southern California.

Assistant coach Stephanie Tuning said, “This tournament will not affect the team win or lose; our first conference is Sept. 16 at Cerritos College against Rio Hondo College.”

Co-captain Breanna Zuniga has two years on the team and is ready for competition.

Zuniga said, “12 of us are going to compete in Sacramento.”

After competing for Cerritos College, Zuniga hopes to major in criminal justice.

Co-captain Vanessa Hinojosa looks to her family for inspiration, “My family competed in high school water polo and swimming, so I knew I wanted to be in water polo.”

Hinojosa added, “I hope our team improves as we are getting ready for the rest of the season.”

She competed in high school, but when she went to the University of California Irvine, she found out there wasn’t water polo team only a club, so she decided to come to Cerritos College to compete.

This is her first year on the team; Hinojosa plans to major in physics.

Co-captain Claudia Martinez, has been on the team for two years and said she feels the she is more mature.

Martinez took a leave of absence last season and is happy to be back.

Martinez believes water polo is a great experience and can be a great support group.