Cerritos smokes Bakersfield with a 28-0 victory

Throughout the season, head coach Frank Mazzotta has said on multiple occasions that his team tends to play down to the competition.

That could not be more untrue on Saturday, Oct. 24, where the Falcons defeated the 1-6 Renegades 28-0.

However, defensive coordinator Tom Caines continued to find ways to inspire his defense.

“We pulled up the records of the opponents that Bakersfield played in the first five weeks. And it was something like 22-3…they’re a good football team,” Caines explained.

Defensive tackle David Fangupo doesn’t allow the opponents numbers to enter his nor his defense’s minds.

“I look at [our] stats. We don’t really play off of the other team…if we play to how we’re supposed to play nobody can mess with us,” Fangupo said.

This game marked the second shutout the defense has posted this season.

The 2-5 Moorpark Raiders are next on the schedule.

Cerritos scored 21 of its 28 points in the first 13 minutes of the game.

Quarterback Jimmy Walker threw two interceptions on the night versus just one touchdown.

Following the game, Walker could not be reached for comment.

“I think our offense is better than what it did only because Jimmy had a couple of opportunities where he didn’t throw the ball well,” Mazzotta said.

He continued to add that this is probably the most “off” he’s looked this season.

This is the second straight week where Mazzotta has claimed that Walker looked his worst of the season.

Mazzotta commented on whether or not it worries him that he’s stating that later and later into season.

“I’m not worried about him, the thing is he made some nice decision in [the game]…he played well enough for us to win the game,” Mazzotta stated with a grin.

Ironically enough, Kishawn Holmes accounted for all of the touchdowns on the offensive end.

The one defensive touchdown was a fumble recovery for a touchdown by defensive end Alonzo Hansen.

Holmes crossed the goal line three times on the night as now he has scored six times in the four games in the month of October.

While continuing to wear pink for his grandmother and godmother, Holmes assures that he has saved his best for the last game in the month of October.

Despite being relatively quiet during this particular game, wide receiver De’Jai Whitaker was honored during the game as he broke the single season receiving record previously set by Domonique Young, who is now playing football for Purdue University.

The team is trying to not look to far into the future, however it is aware of the possible matchup that lies ahead.

If the Falcons win at Moorpark on Halloween and the College of the Canyons gets past Ventura and Moorpark the next two weeks; it would set up a huge 8-1 matchup for the two teams week 10 with big bowl season implications.

Despite this looming over the team, Mazzotta stills finds comfort in the team’s position.

“I’m not worried about them
right now, we have to play Moorpark…all I know is we’re in the driver’s seat
and that’s a good place to be,” he said. 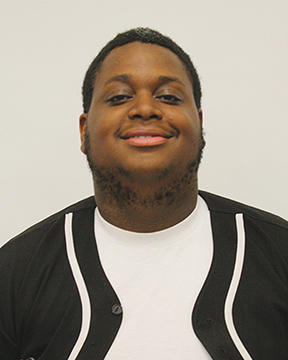 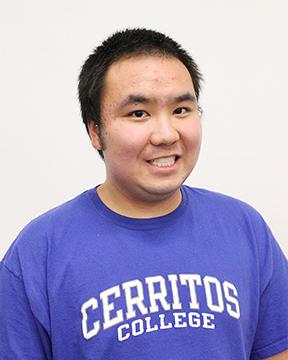 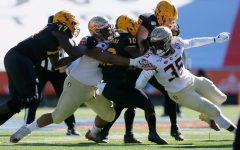 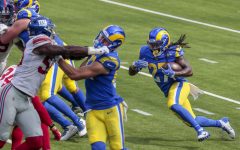 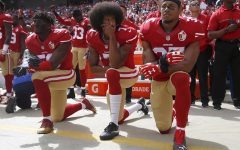 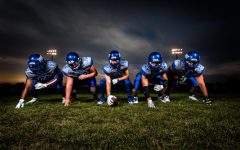 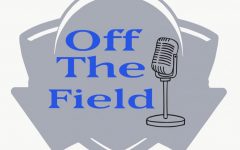 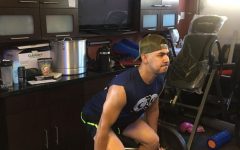