Wrestling gets two-peat victory in So Cal regional 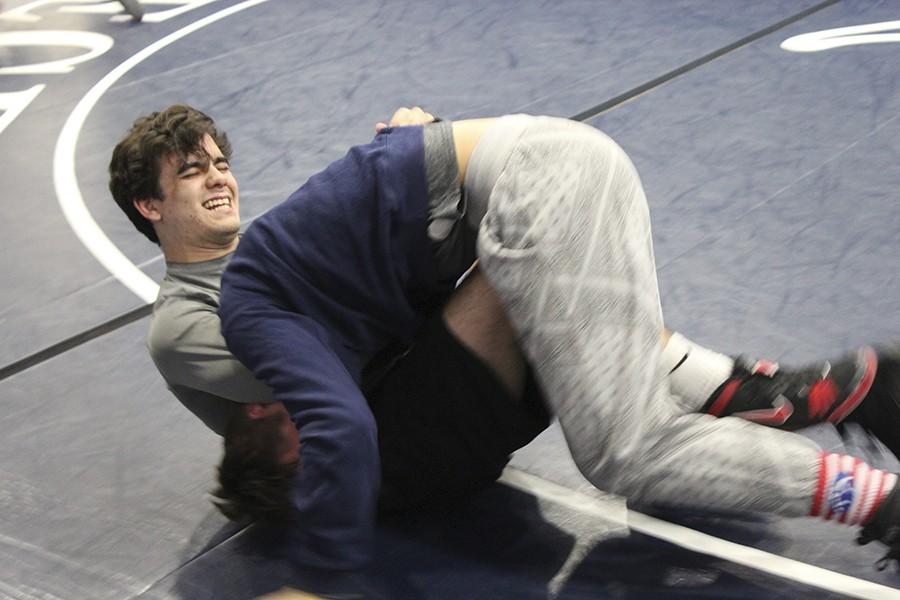 Aaron Negrete practices his hold on his opponent. Negrete was one of the four champions at the Southern California Regional. Photo credit: Toni Reveles

At the Southern California Regional Tournament on Saturday, Dec. 5 the wrestling team came up big as they placed first for the second consecutive year.

With its total number of points being 173, beating second place Mt. San Antonio College by 12 points.

Coach Don Garriott said, “It’s good, last year we were ranked number one, this year is a much younger team compared to last year, and it was great to see the process for these guys to get to this point.”

Vargas, who won all of his matches, said this win was a big confidence booster.

“It feels good because I never really won a major tournament before this weekend,” Vargas said.

Vargas also said that his first and last match were his toughest because the first one is just getting the nerves out and the last because it was the finals.

Negrete won one of his matches by pin, he said, “First period I got a comfortable lead and he went for a desperation move, and I was able to catch him on his back.”

Martinez won two of his matches by pin and one by points.

Martinez was also excited about the team winning first place this weekend as well, “Ecstatic, upsetting Mt. Sac. who were suppose to win feels great to take it from them.”

Gomez, who won all of his matches by pin, was named Champ of Champs.

“That award felt good, I didn’t see that coming,” Gomez said about the Champ of Champs.

Gomez said that he was not trying to go for pins, “It just happened, I was just ready to wrestle.”

Gomez couldn’t be more proud of his team, “[I’m] really proud, everybody wrestled [well], [I’m] proud of the whole team.”

The team now looks forward to the state championship.

Martinez said, “[It’s] hard to put into words because last year I got second [in] state, it’s like a surreal moment to go back.”

Coach Garriott said, “Right now it’s really up in the air and I think there are four teams that could take it and we are one of them.”

CCCAA State Championship is this weekend, Dec. 11 to 12.