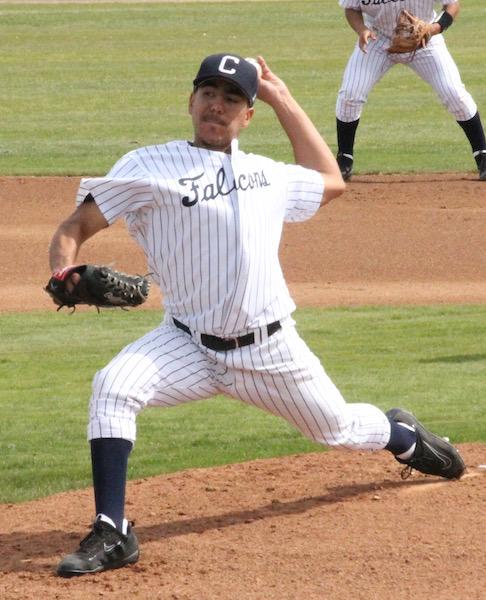 In the first matchup between the teams Rio Hondo defeated Cerritos 4-1 Thursday, March 2 at Rio Hondo.

Despite the Falcons striking first in the second inning the Roadrunners would answer back with three runs in the fifth and another one in the seventh.

During the game the Falcons mustered five hits but were unable to capitalize leaving six runners on base.

In the second game of the series the Roadrunners took the lead first in the top of the third due to two throwing errors committed by Cerritos on a sacrifice bunt.

The score remained 1-0 in the Roadrunners favor until the bottom of the seventh when Cerritos scored two unearned runs to take a 2-1 lead.

Falcon’s reliever Joe Pacheco came in the game in the eighth inning to close the game out allowing no hits, no runs and one walk.

Starting pitcher Gilbert Romero and Pacheco combined to allow only six hits and one run while striking out four in the victory.

Starting right fielder Dominic Bravo said, “I felt like I had a higher intensity, I was more dedicated to this game than the last.”

That intensity showed as Bravo hit one for four with a strikeout in game one, but came out with two hits and a run with no strikeouts in the second game.

Now entering the conference schedule, the Falcons will hope to tighten up areas of their game that gave them problems earlier this season.

Middle infielder Chris Gomez said, “We just need to keep swinging the bat early and not get behind in the count, […] we just need to play all nine innings instead of seven, which is usually where we fail at.”

He added, “Our pitching is doing good, they’re doing good attacking hitters early in the count which is good and our defense has been solid for us.”

The next conference challenge for the Falcons will be another two game series against Mt. San Antonio College, the first game is played on Tuesday, March 7 at Mt. Sac and the final game Thursday, March 9 at home.

Mt. SAC is currently 0-2 in conference and have a 7-10 overall record.