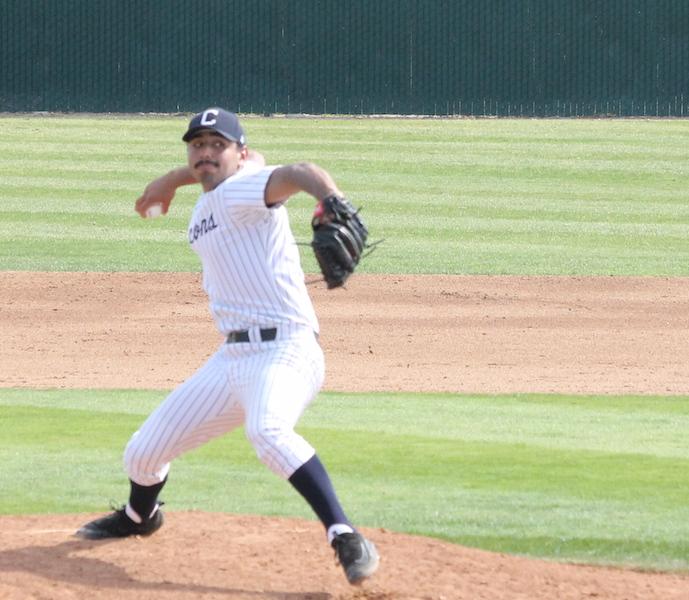 In the Falcons two-game conference series against Pasadena City the team totaled 33 hits and 27 runs.

Despite the offensive success, the team only managed to win one game, marking the third straight series the Falcons would split the series.

Second basemen Derrick Edwards said, “I thought we played hard, sometimes the ball doesn’t bounce your way but ultimately as a team I thought it played really well.”

In the first matchup between the teams at Pasadena City Saturday, March 11, the Falcons defeated the Lancers by a score of 21-0 with 20 hits, both season highs for the Falcons.

The pitching for the Falcons also had a strong outing only allowing five hits while striking out six and walking only one.

In the second game of the series Tuesday, March 14, the Falcons fell behind early going down 6-0 in the top of the sixth.

Cerritos was unable to score in the final two innings and would lose 6-5.

Nichols said, “We kind of came out flat expecting to win and I think that really hurt us in the early innings, we had a lot of opportunities to score, and we didn’t come through as a team.”

The team tallied a total of 13 hits, five more than the Lancers, but were unable to take advantage of its opportunities leaving 10 players on base throughout the game.

The Falcons pitching also struggled as they allowed seven hits, seven walks and only striking out six.

Standing with a 3-3 record the team is now tied for third with division rival Long Beach City, first in the division is undefeated El Camino who is followed by Los Angeles Harbor and last place belonging to EC-Compton.