Falcons start the volleyball season with a loss 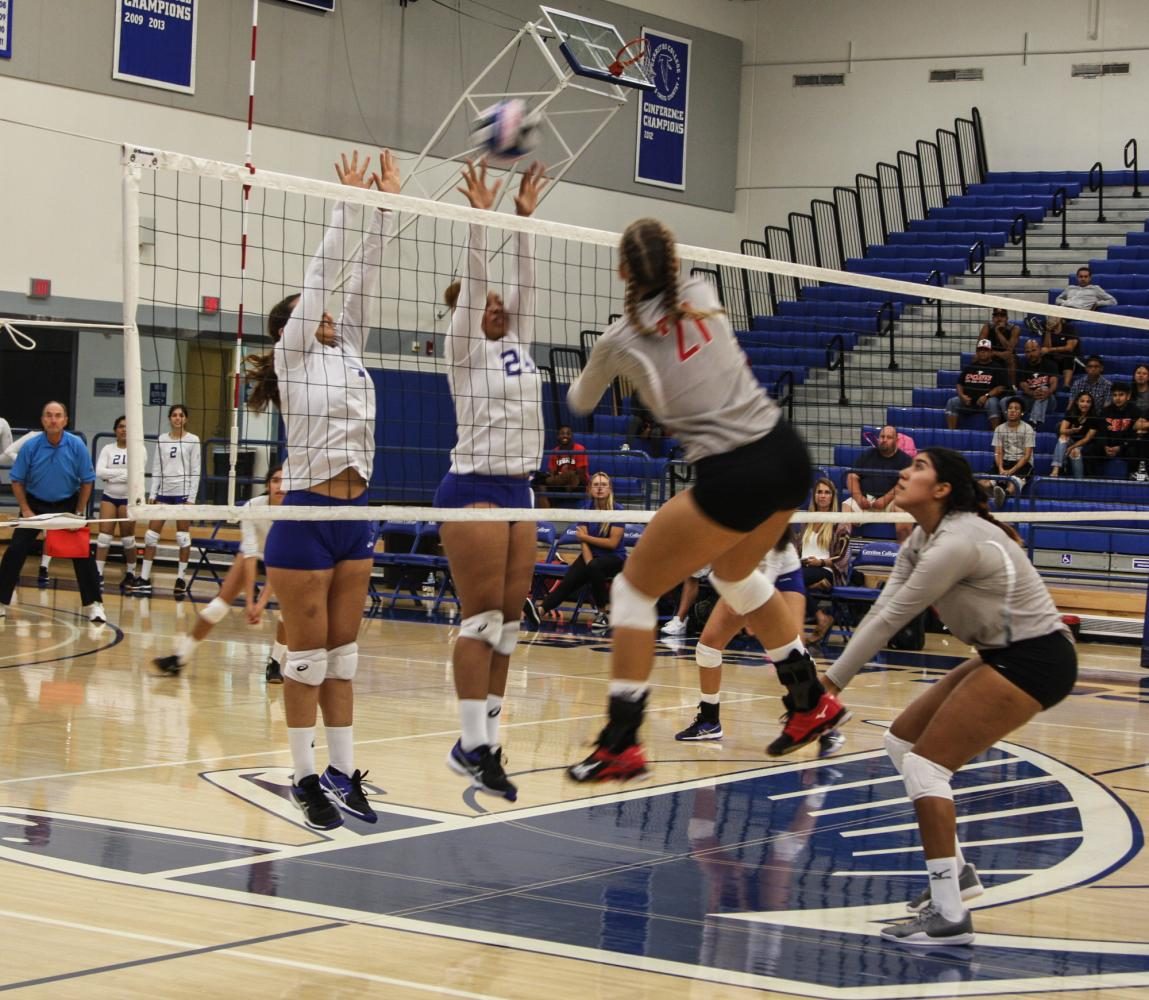 Falcon’s (white and blue) Natalty Reynoso, 4 and Cecila Burroughs, 24 defended a spike by Santa Ana’s (red and black) Mikelle Taylor, 21. Although the Falcons made a comeback within the third and fourth set, Santa Ana was able to gain the upper hand and defeat the Falcons 3-2. Photo credit: David Jenkins

The Falcon’s Volleyball team lost their first game of the season on Friday against Santa College. The game was a close one, with the final score being 3-2.

The falcons had a rough start in the beginning of the match. Losing the first set 25-9.

The falcons had a tough time getting the upper hand, also losing in the second set 25-21.

The team then made a comeback in the third set, gaining a victory with a score of 25-18.

Their comeback continued over to the fourth set and gaining another victory with a score of 25-21.

Then on the fifth and final set the Falcons ended with a loss of 15-7.

Head Coach Kari Pestolesi said, “[…] first match of the year you get the nerves. It was their first game- they didn’t know what to expect.”

The Falcon’s Volleyball team is a group of 10 freshman and one returning sophomore. It was a first seasonal game for the majority of them.

Returning sophomore and setter, Daisy Segura, said, “Everybody said I looked nervous so I probably was but I didn’t notice. But it was my first game as a setter. I’m usually a libero. So I guess I was pretty nervous.”

With the new position, Segura did not know what to expect, she will be preparing for the next games on Wednesday and Friday by setting up her targets.

The next volleyball game will be on Aug. 30 at Fullerton college where the Falcons will take on two teams. They will take on Fullerton and Citrus in a 3-way.

First, the team will face off against Fullerton at 2 p.m., then Citrus at 4 p.m.