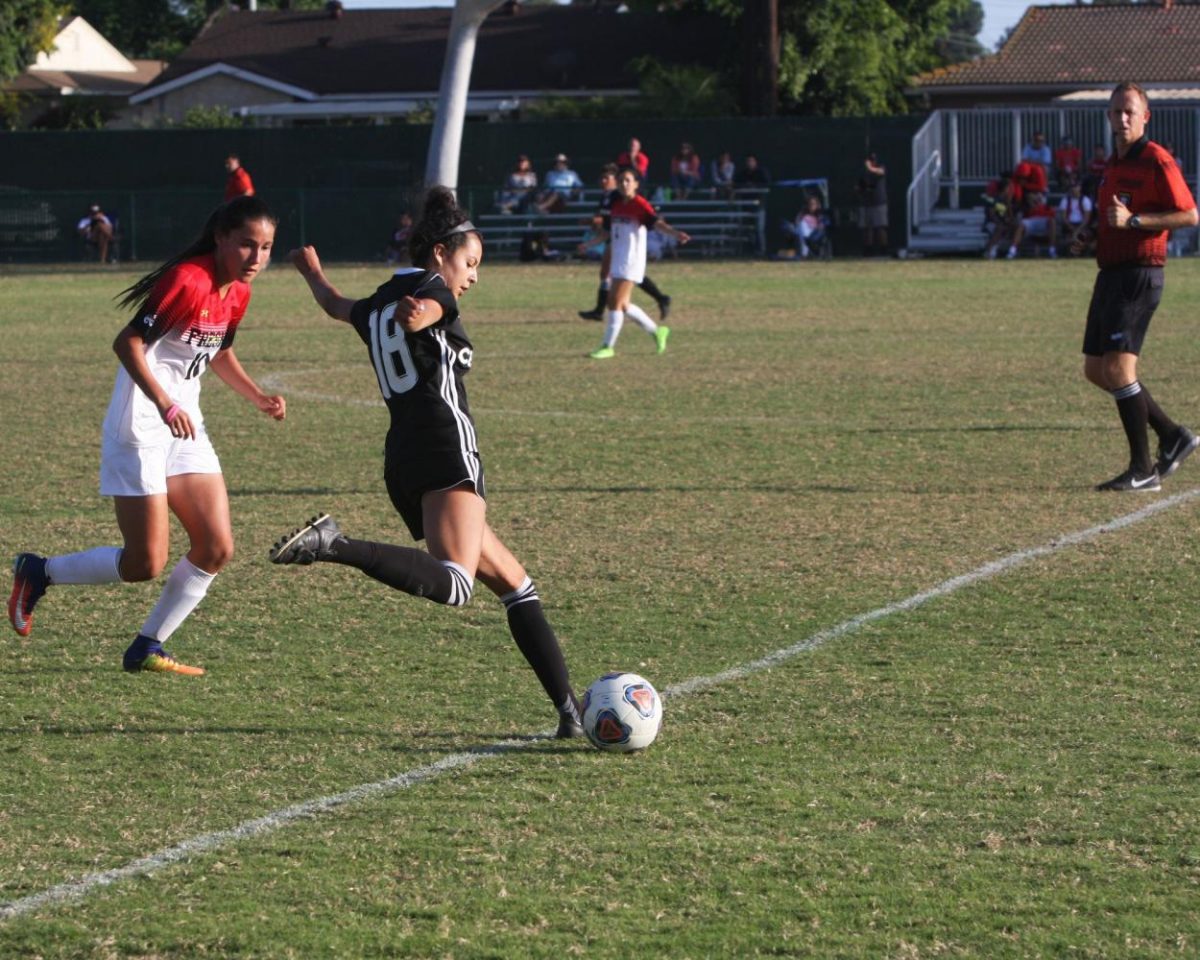 The Cerritos College women’s soccer took a home-game loss, the first since 2012, against Fresno on Sept. 20.

In the first ten minutes of the game, Fresno made two goals — leaving Cerritos to play catch-up for the rest of the game.

She described this match as a shock for the team compared to the previous games in the season.

Head coach Ruben Gonzalez said it was frustrating about the home-game loss. “We haven’t been playing well, that’s bottom line,” he said.

Defender Mia Ramirez scored a goal minutes before the first half ended.

In the second half, the spectators started getting vocal about the referee’s calls.

Mendoza mentioned the referee being mostly on Fresno’s side. “They weren’t being even.”

Coach Gonzalez asked for an explanation from the referee after the game about some of his inconsistencies during the game.

Fresno made their third goal after the ref intervened the game in the second half.

In the last two minutes of the game Brianna Yepez made the last goal and the match ended.

Overall the team struggled during the beginning, being taken aback with Fresno’s first two goals. The final score was 3-2.

Itzel Ballesteros, a forward for the team, blames the team as a whole, for not being prepared. She explained that they didn’t come in with the right intensity they were supposed to.

Ballesteros adds that she hopes this is a wake up call for the team and can bring them together to work harder.

The team’s next game will be a home game against Ventura on Sept. 24.