Volleyball loses in a distracted game 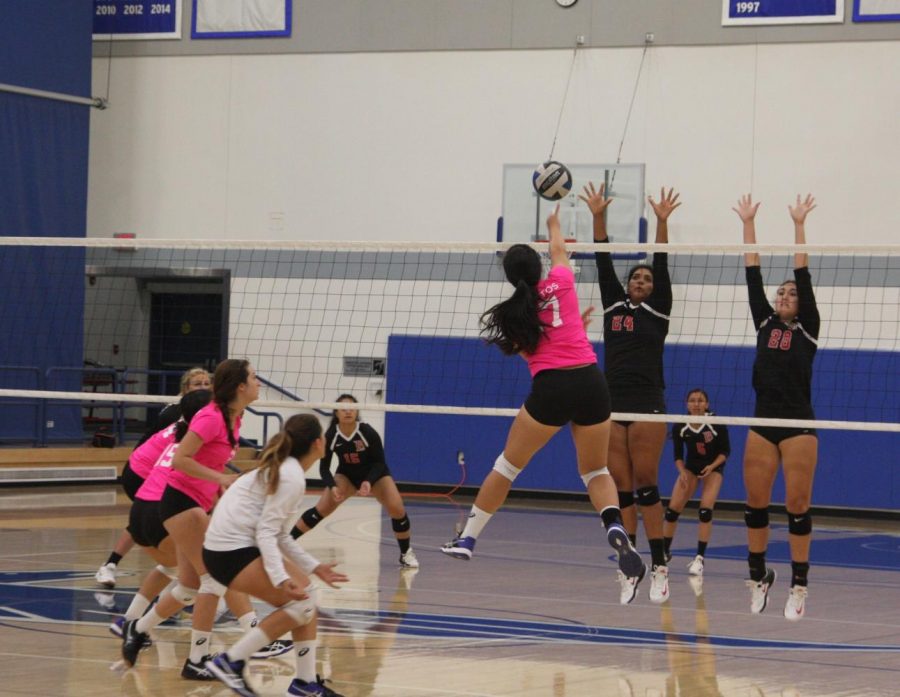 Falcons walked away from a three-set game with the final score being 0-3 in LBCC’s favor.

Kari Pestolesi said, “It was not very good.”

Assistant coach, Sasha Karelov, gave a little more insight explaining that the team looked like they did not want to play that day.

She explained that other teams would see their losing streak and come really aggressive and that’s what Long Beach did, but Long Beach’s head coach, Misty May-Treanor, said that wasn’t the case.

May-Trainor said, “We don’t look at that because you have to play your best against everyone…you don’t look at people’s records,” about knowing Cerritos’ volleyball streak.

All three sets were static with the team struggling at the net and overall not having control of the ball.

LBCC showed clear communication and understanding of their plays, even though their team had sophomores and quite a few freshman.

The Falcons’ miscommunication and lack of energy was shown when the ball would land in the middle of their side and no one reached for it.

Karelov said “you can always put up a good fight with passion” and “I don’t think we had that tonight.”

For all three sets the Falcons were down by half and lost by half or more.

Sophomore Daisy Segura, owned up to her fault by saying she wasn’t focused during the game and wasn’t playing her best.

Karelov mentioned this was the case for the whole team.

Although they show great sportsmanship and team spirit, they lack staretegy and stamina as the season continues.

The team will have their next game on Oct. 13 at Los Angeles Harbor.