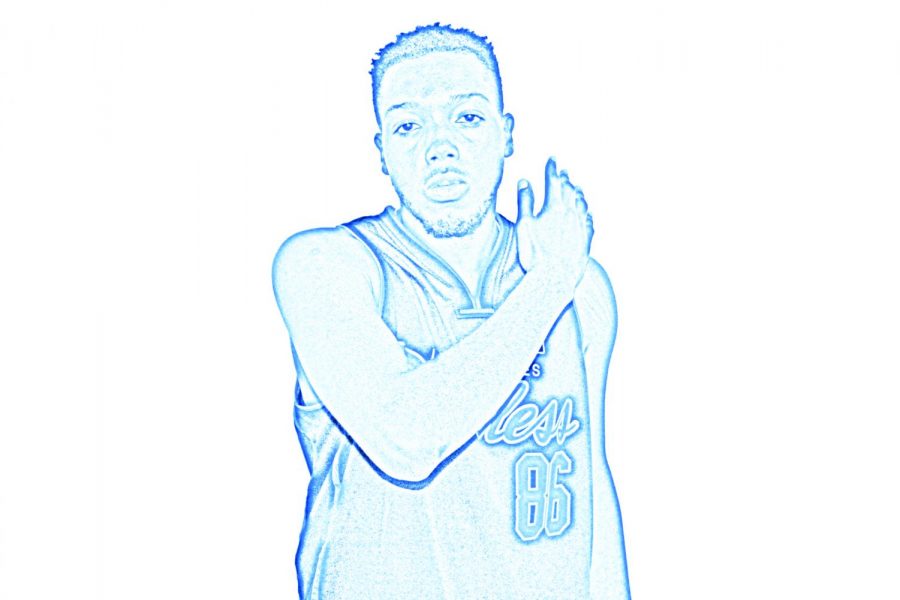 The second round of the NBA playoffs are currently taking place, as teams look to advance to the Conference Finals.

No. 2 Golden State Warriors versus No. 6 New Orleans Pelicans

The Golden State Warriors with a fully healthy Stephen Curry are virtually unbeatable.

The Warriors just got Stephen Curry back from an Grade 2 MCL sprain on May 1. He is scheduled to return for game two at home in Oracle Arena.

Also, the Warriors have Kevin Durant, NBA MVP in 2014, lead the entire lead in scoring four times and oh by the way he’s the reigning Finals MVP.

And after KD, the Dubs have two more All Stars in sharpshooter Klay Thompson and reigning Defensive Player of the Year Draymond Green.

The Pelicans swept the No. 3 seed Portland Trailblazers in an upset, Anthony Davis and Jrue Holiday both notched over 40 points in the closeout game.

Davis averaged over 30 points during that series.

They put the NBA world on notice with their first round series win, when most counted them out after losing All Star big man DeMarcus “Boogie” Cousins to a season-ending injury.

However, Golden State is a little different now, they have a two former MVP’s on the same team.

With all that said, the Warriors are a stacked team, with four All Stars and one of the leagues’ top bench units, they will tough to beat for these playoffs and for years to come if the core four All Stars stay with the team and remain healthy.

Game three will be played on May 5.

No. 1 Houston Rockets versus No. 5 Utah Jazz

The Beard also know as James Harden, is set to be the leagues’ MVP and he’s playing like it in the playoffs.

Throughout the 2018 playoffs Harden is averaging 31 points, 7 assists, 5 rebounds and nearly two steals per game–while shooting just short of 90 percent from the foul line, which he gets to quite often.

Harden has been able to do what he wants to teams and whenever he wants, not only in the regular season, but he’s traveled his play over to the playoffs.

The Utah Jazz are coming off of a stunning playoff series victory, winning in five games, sending Russell Westbrook, the reigning MVP, All Star Paul George and 10 time All Star veteran Carmelo Anthony on an early vacation.

Although, the Rockets are a team, in every essence of the word, they share the ball and play at a high level.

The Rockets are not the No. 1 seed in the NBA for no reason, they also won 65 games.

The H-Town team will celebrate early, making light work of the Jazz, even with the Jazz’s standout rookie Donovan Mitchell playing like a vet.

With Chris Paul, 12 year vet point guard and future Hall of Famer on his side, they’ll reach the Western Conference Finals, which will be the first time for Paul in his career.

The bearded on has been to the Conference Finals three times during his nine year NBA career and made it to the Finals once.

Rockets will win series in a sweep.

Game two will be played on May 1.

No. 4 Cleveland Cavaliers versus No. 1 Toronto Raptors

The aforementioned best player in the series, LeBron James, looks exhausted out there on the court–he averaged 41 minutes a game in the first round.

The Cavaliers just finished up a seven game first round series versus the Indiana Pacers, game seven ended in victory for the cavs, a game in which the LeBron-lead team only won by a four points and the decisive game came down to the last couple of minutes.

The Raptors on the other hand beat the Washington Wizards in a closely contested series that ended in six games.

Bron has had the upper hand on the Raptors for the past several season, going 8-2 in playoff games against the Raps, including sweeping the Canada residents out of the playoffs last year.

However, this year he’s without much help, in the first round it took a 45 point herculean performance to put away the Pacers, as not a single teammate hit the 20 point scoring mark in any game during that series.

The Raptors with All Stars DeMar Derozan and Kyle Lowry will finally beat a LeBron James lead team and put their fears behind them.

Although it’s not wise to bet against any James lead team coming out of the East, now that he’s been to seven consecutive Finals, David will conquer Goliath in this playoff matchup and James’ reign on the Eastern Conference will be relinquished.

Raptors will win in six games

No. 3 Philadelphia 76ers versus No. 2 Boston Celtics

The Sixers have two young superstars in Joel Embiid and Ben Simmons, plus a lot of talent around them, that should be enough to beat the Celtics, who are missing its two best players.

Philly may very well have the most dominant point guard and center combination with Simmons and Embiid. 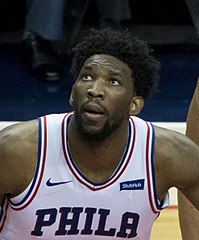 They definitely have the best center in the Eastern Conference by far. Embiid or “The Process” as he’s known, averaged 22 points, 11 rebounds, three assist and two blocks, in route to his first All Star bid.

The Celtics sent the Milwaukee Bucks packing in a epic game seven showdown.

Terry Rozier, filling in for the injured Kyrie Irving (Out for season), has played sensational averaging 19 points, almost seven assists, 5 rebounds, on a sizzling 44 percent on 3-point shots.

The Celtics have a solid team mixed with talented young players namely wingplayers Jason Tatum and Jaylen Brown and veterans such as All Star, Al Horford, who’s averaging 19 points and 8 rebounds in the playoffs.

The C’s have enough to put up an epic fight, but ultimately, the Sixers will “raise the cat” as they win the series.

Sixers will win in six games.

The Celtics lead the series 1-0.