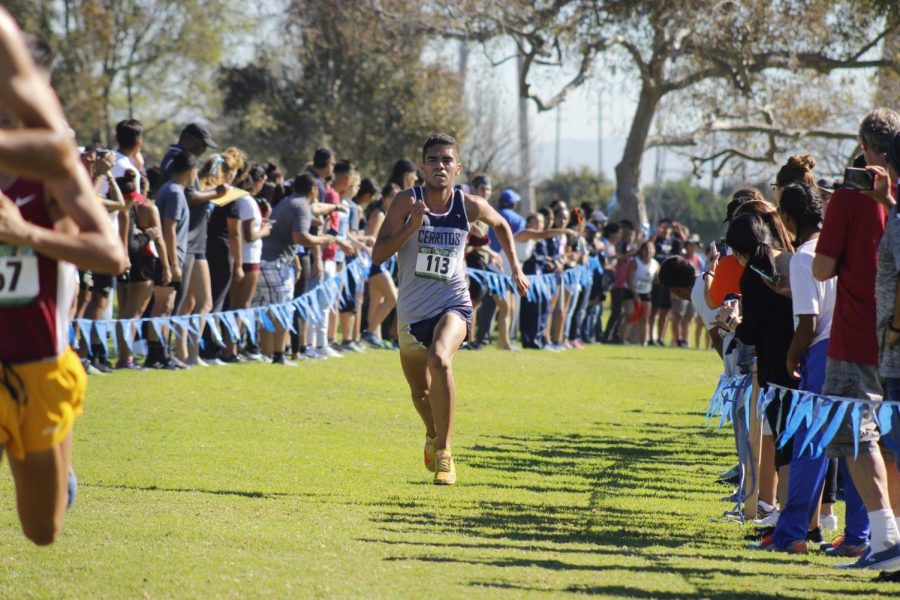 Women’s cross country runners saw the fall season come to an end as they fell short of the top 14, finishing in 19th place during the Southern California Championship race on Nov. 2.

The team needed to place top 14 to continue the season and head into the state championship race.

Head coach Bryan Ramos said, “It was an up and down day for us on the women’s side, we definitely didn’t run to our potential. We got stuck in the back and never really moved up.”

He continued, “On top of that our No. 1 girl got sick, so that put us in a hole from the start.”

Although the women’s team was unable to move on, the men’s side found better luck placing 10th, being granted the opportunity to move forward.

“This was a fast race, our goal was to go to state and the guys should be proud for placing tenth,” Ramos said.

Cerritos College cross country was able to host three meets this season, the SoCal Championship meet being the last.

The men’s team is now going to fully prepare themselves mentally and physically for the state championship meet according to Ramos.

Last season the men’s team advanced to the state championships and finished in 11th place.

The Falcons will race in the State Championships at Woodward Park in Fresno on Nov. 17.