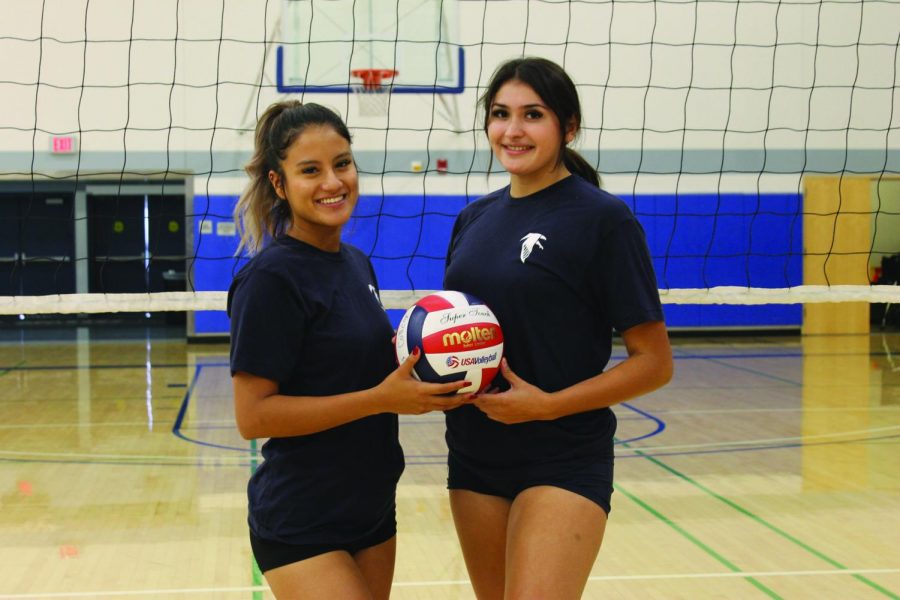 Mirka Granoble (left) and Alexia Torress (right) have been playing together since high school and now play for the Cerritos College Womens Volleyball team.

Alexia Torres and Mirka Granoble first met in high school, and went on to play on the same teams for the next five years. They have represented three private clubs together, and currently represent Cerritos College on the Volleyball team having used their friendship to take their game to the next level.

The two friends have helped each other grow throughout their careers, as stated by Torres, “It’s fun because we know how the other plays and we can tell each other things to fix or change so it’s easy just to tell each other how to get better and improve out there.”

Having played their way through clubs and their high school years, these players have seen firsthand how daunting the transition to college sports can be.

Torres states, “So high school, I feel like it was just for fun, but we still got better and even in club, we played on decent club teams but also mainly for fun.

“The games are usually competitive but not as competitive as college where the girls are all really talented.”

“College is different because that’s where you transfer and there’s way more competitive growth,” Granoble said on the same topic, “You have to be more physically and mentally prepared for like stronger plays and harder games in college.”

This competition comes with its ups and down and a great amount of burdens, but Granoble feels that the bond she shares with Torres helps make any outcome a positive one.

She states, “It’s fun playing with her because we’ve been playing together ever since high school and it’s just like we have a strong bond, so it’s just fun when we come together as a team and score points, whether we win or lose in the end. ”

The sport has also helped alleviate the stress of schoolwork, exams and long days.

“It’s really fun being on like a college team, because we also get to travel. Every Wednesday and Friday, we have an away game, we go to San Diego, or Santa Barbara.

“We get to travel together as a team. All while getting your education, and it just makes it fun. It makes us look forward to going to school because we have something fun to do,” said Granoble.

Both players are excited about the team’s future and said that they foresee nothing but growth for the road ahead.

Torres and Granoble will next represent Cerritos on Sept. 13 in a home game against Santa Ana College.

The team’s first league game is on Sept. 25 against East Los Angeles College.