NCAA allows athletes to earn money off of likeness 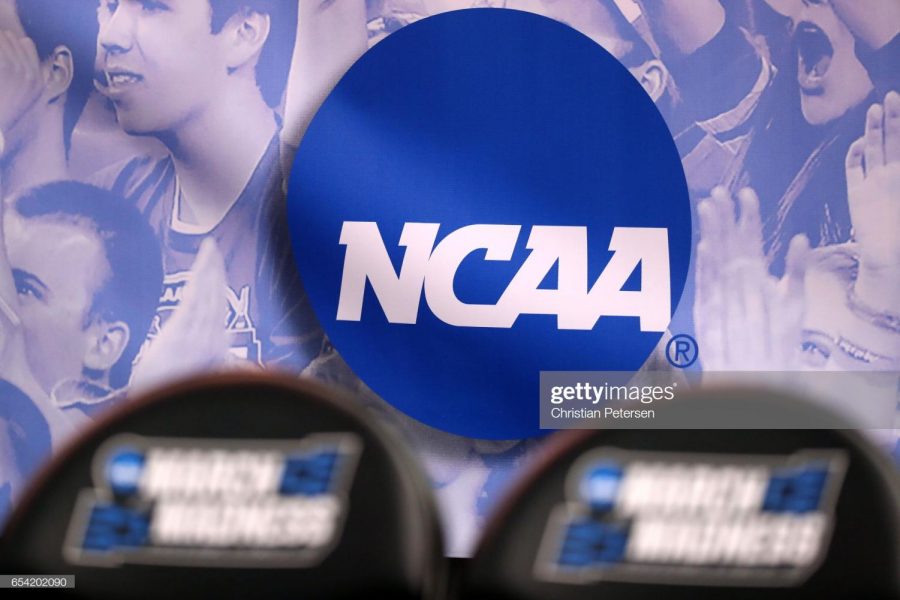 SALT LAKE CITY, UT - MARCH 16: The NCAA logo is seen in the second half of the game between the Northwestern Wildcats and the Vanderbilt Commodores during the first round of the 2017 NCAA Men's Basketball Tournament at Vivint Smart Home Arena on March 16, 2017 in Salt Lake City, Utah

The National Collegiate Athletic Association passed a vote on Oct. 29 that will now allow college athletes to earn money and profit off of their image while playing their respective sports like they should have been doing for years.

Some Cerritos College students share their opinion on college athletes being able to earn some money.

Eric Macedo, computer science major, said, “The schools and organization make billions [of dollars] off of these athletes and the athletes only get their tuition paid for.”

The vote taken resulted with an unanimous decision having 72 people voted pro the ability to earn money, rather than not being able to at all.

Michael V. Drake, chair of the board for the NCAA, when the passing of the vote was announced said, “We must embrace change to provide the best possible experience for college athletes.”

This law will not take place until 2023, however, the board will work on creating rules for the action from now until January 2021.

Cerritos College student Jan Franco, undeclared major, said, “It’s unfair to the athletes that the schools make money off of them. All of this time they should have been allowed to make money.”

The rules have not been explained yet, causing confusion and bringing up some concerns when comparing how this will affect males versus how it does to females.

“If it becomes an absolute free for all, [women athletes] are not going to be the winners in grabbing for cash,” VanDerveer said, “Based on what is happening already it is not a good situation for female athletes.”

The NCAA then responded back by saying, “As a membership organization, the NCAA agrees changes are needed to continue to support student-athletes, but improvement needs to happen at a national level through the NCAA’s rules-making process.”

The NCAA has finally agreed to allow the athletes to earn money after this question has been asked for years due to the NCAA being a billion-dollar industry, and athletes not being able to gain any profit.

In 2023, NCAA athletes will finally have something to look forward to.