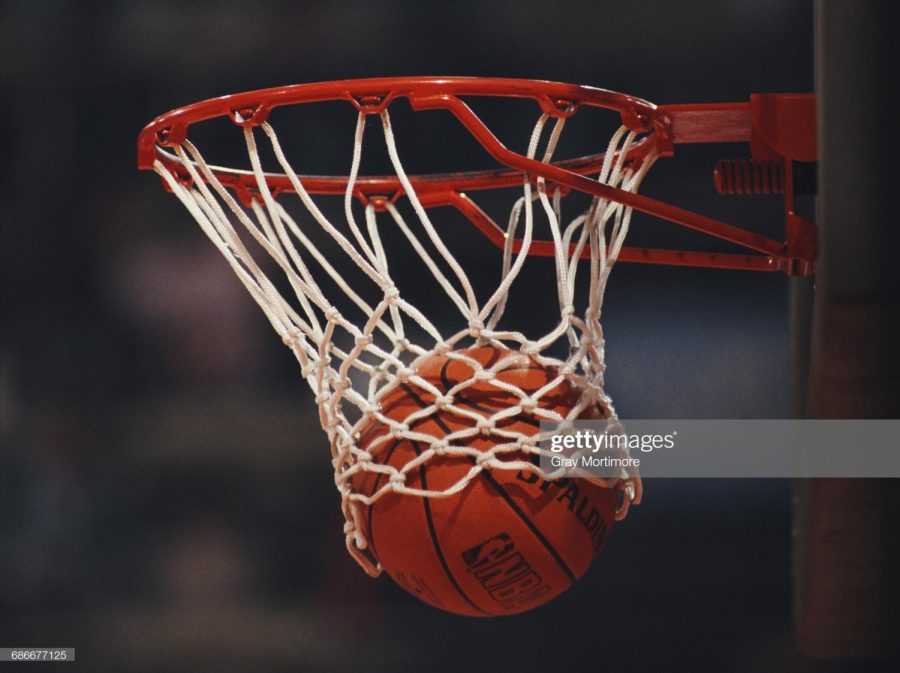 Generic view of a Spalding NBA basketball dropping into the hoop during the FIBA European Basketball Championship on 25 June 1989 at the Dom Sportova in Zagreb, Yugoslavia.

The Cerritos college men’s basketball had a tight match with the Santa Monica Corsairs and ended with a score of 71-61. Santa Monica who were last seasons semifinalist did not come to lose.

Losing without putting up a fight was not the idea that the Falcons had in mind.

Soon into the game’s first half Cerritos fell short trailing behind Santa Monica by 10 points.

Knowing something had to be done the Falcons strengthened up on their defense, and the offense was able to get their head in the game and make some buckets.

With 7:31 minutes left in the first half the Falcons point guard sophomore number 4 Jeremiah Galang shot a clean three-pointer and tied the game 26-26.

The Corsairs did not take to that lightly scoring multiple shots closing out the first half leading by 8 points with a score of 43-35.

The Falcons had to come back with different energy considering Santa Monica had players like point guard number 1 Teddy Parham making three; three pointers alone in the first half, just like point guard sophomore number 0 Cesar Meza totaling six three pointers within 20 minutes of the game, talk about team work from the Corsairs.

Coming out with that same momentum Santa Monica continued scoring points making the score 54-35 making it a nineteen-point lead.

The Falcons struggled to make the shots attempted, or to have any solid defense to be able to stop the shots Santa Monica was making.

Luckily with six minutes left on the clock forward number 20 Freshman Dorian Harris manages to make a jumper shot making it an even twelve points from tying the game.

Unfortunately, the falcons catch up no matter how determined they were giving Santa Monica the game with a 10-point lead.