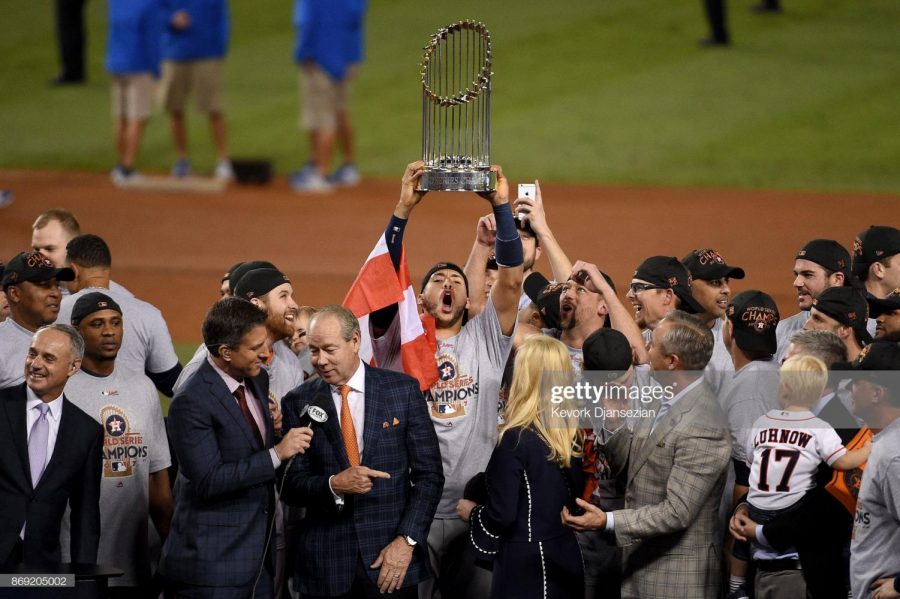 This team was built to lose. They were intentionally tanking year after year in order to obtain higher drafts picks, in hopes of creating a team that would raise the World Series trophy.

They were successful enough to play in the Fall Classic. The Astros were aided by teammates in the dugout, banging their bats on the rack indicating a breaking pitch.

Alex Cora, a former bench coach for the Astros during the 2017 season, has just “mutually agreed” to part ways with the Boston Red Sox due to him being a major player of the cheating.

The Astros’ recorded secret video and watched it in the dugout. In the batting room, the players observed how the pitcher would set up his stance, indicating what pitch was coming, which helped the team beat the Los Angeles Dodgers.

It was beyond maddening watching it in the stands. The Dodgers had no answers as to why the Astros had figured out a way to silence their bats.

All teams try to get a leg up over the opponent.

Take the 1951 Giants, for example, as explained by SABR.ORG, “Herman Franks would look through a telescope and relay the sign through an electrical-buzzer system to the Giants’ bullpen in deep right field, from where the sign would be flashed to the Giants’ hitters.”

The article goes on to say, “The implication of this revelation is that Bobby Thomson might not have tagged Ralph Branca for arguably the most famous decisive home run in baseball history if not for spying, or at the very least that Thomson’s date with history would not have come about.”

The article continues, “The Giants needed to overcome a 13 1/2-game deficit of August 11 to finish the 154-game season in a flatfooted tie with Brooklyn to set up the historic showdown. The question is not whether the Giants stole signs, but what effect the sign-stealing had on the Giants’ remarkable comeback…”

So just let that sink in.

Teams have been conducting ways to defeat their opponents through nefarious ways for a very long time. Pretty sure it goes back beyond the 1951 Giants.

But that’s two teams in baseball who were caught.

This is “deflate gate” on a higher scale. It is a disgrace to baseball, that’s what it is.

Both times when the Giants and the Astros were caught cheating in baseball games, it was when they played against the Dodgers.

It sucked hearing about 1951 as a kid. It stunk to the highest level being there at the Dodgers vs. Astros game, as a fan who was in attendance watching the crime take place.

No, there will not be any trophy being handed over to the Dodgers, nor is it wanted by Dodger fans to be honest.

The funniest part of the whole debacle is that the Astros were pushed to the seventh game even though all the cheating was happening.

Through all the years of intentionally tanking their games, it wasn’t enough.

To have to go through seven games while cheating?

Who wouldn’t want to raise the trophy on a level playing field?

Dodger fans take solace in the fact that the Astros were pushed to the edge in the seventh game, showing that even though they were cheating the Dodgers gave them a good run for their money.

Guess they should have tanked a few more years in order to avoid this hellish experience they face now. They are now losing draft picks, their manager A.J. Hinch and team executive Jeff Lunhow are being banned for a year.

Those draft picks that they coveted are now being taken by other teams.