Next up at bat, No. 1 Buck Anderson 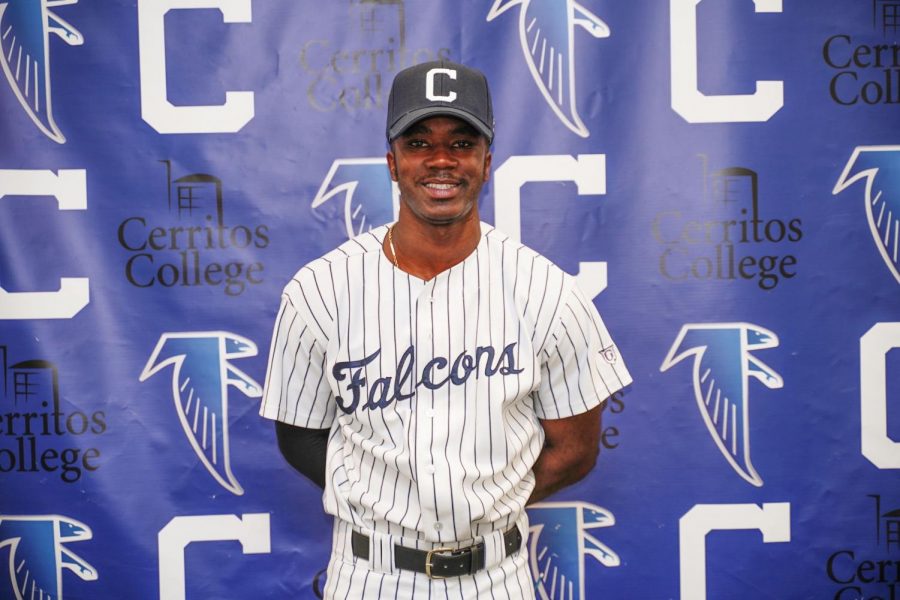 Sophmoere Centerfielder No.1 Buck Anderson who is a phycology major that bats both left and right.

Sophomore Slugger centerfielder No.1, Buck Anderson, holds himself to high standards with great maturity that also transitions to his dominant baseball skillset.

Anderson is an all-around talent that showcases through his career stats of 25 hits, 13 runs (going to home plate), 10 runs batted in, 13 stolen bases and has a batting average of 0.321 in just 21 games.

Anderson is a four-year bounce back from Cal State Bakersfield where he ran into a few issues when he had a minor injury that affected his playing time.

According to Anderson his favorite baseball player growing up was Jimmy Rollins.

Rollins was a middle infielder who is known for playing with the Philadelphia Phillies from 2000 to 2014.

Anderson says, “a lot of people say that I resemble him because growing up I was a middle infielder, second basemen, or shortstop-a short guy who is a switch hitter. I always had pretty good speed people always say that’s little Jimmy Rollins.”

Xavier Joseph, Anderson’s cousin, played on the same baseball team with him growing up.

Joseph says “Buck was going to be a great baseball player. Growing up he was already athletic, he was quick and his accuracy was amazing.”

“He is someone that you know would end up in the MLB.”

Anderson wants the youth to play more baseball. If given the chance to make the sport more popular he would “introduce it to kids at a younger age” to children that usually don’t get exposed to baseball, like “minority kids that only know about football and basketball”.

Cerritos College baseball coach Vic Butler has seen a lot of talent in Anderson. He says, “when I met him the first thing that stood out overall was his maturity. He is the guy who would look you in the eye when he shakes your hand and let you know that he means business, he is very articulate and intellectual.”

Butler would like Falcons fans to know that “they should take the time out to see this young man play first hand with their own eyes. You can pull his stats up and see that Buck has not had an off day, he’s played in every game this season.”

“He plays with fight energy and he is a leader and he’s always going to give 100 percent.”

Butler calls the outfield a graveyard and says Anderson can be a bigger asset to the team as a centerfielder.

Anderson loves his new teammates he says “I’ve had so many different guys take me in since the start of school in August, a couple of guys on the team last year including Alejandro Bueno and Nick Martinez took me in and said you have good abilities and you could help us win.”