Off The Field: Fans deserve their refunds, not credit 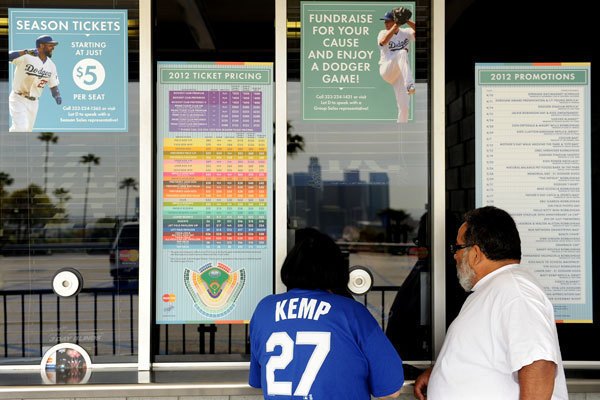 Major league teams are not refunding tickets yet for games missed this season, although that could change.

In the midst of a pandemic that has caused more than 6 million Americans to file for unemployment in just one week, it is not enough for ticket providers to simply hold credit for postponed games; sports fans need their refunds now.

The COVID-19 crisis has hit people and businesses in an unfortunate, unexpected way.

More than 23,000 events have been canceled or postponed.

However, these big businesses, like ticket providers such as StubHub, know exactly how to play the system to keep themselves afloat.

As all sports fans know, many major games have been postponed until further notice while other games, such as Major League Baseball, are considering to still go on without any fans around.

In the past, StubHub would acknowledge that these games have been canceled and then give fans a full refund.

Now, thanks to their new business practice, StubHub can hold that money and instead offer a 120 percent side credit.

On the other hand, NBA commissioner Adam Silver stated in a letter to all NBA fans that “tickets already purchased for a postponed game will be honored when the game is rescheduled. If games are not played or played in an empty arena, teams will work with fans on a credit for a future game or a refund.”

To be fair, many other ticket providers such as Ticketmaster are doing this as most concerts are getting postponed because of the pandemic.

As many sports fans know, however, games are played during their assigned seasons. Baseball is played from the last week of March to the last week of September and basketball runs from October to April.

So while music fans can expect to possibly see Harry Styles any time of the year, sports fans will have to wait until their season comes around again to see their favorite teams or players compete.

At this point, people do not want credit. A sports fan struggling to pay for necessities should not have to be forced to honor a commitment they made prior to the COVID-19 crisis when they were in the position to afford to go to a game.

Fans want their money and they need it now more than ever.

Economists predict the unemployment rate will hit 20 percent and state that this economic crisis might be enough to qualify as a depression.

It is terrible that fans must now suffer this loss while ticket providers strive to save their own ass.

Stubhub president Sukhinder Singh Cassidy stated in an interview: “I understand that by going first, our policy change may have come as a surprise to people. But remember, we’re not the original sellers of the tickets or the holders of the inventory. So there’s just no way for us to take that timing risk on behalf of sellers, at scale, all at the same time.”

That’s not the fan’s problem; that’s the business’ problem. Why should the fan have to help ticket providers like Stubhub honor commitments it’s made with original sellers?

The seller took a risk. In any risk, profit is not promised.

Every fan deserves the chance to get a full refund on a game right now, even if the game is just postponed. Ticket providers must now, more than ever, give back to their longtime supporters: the fans.

There is hope that we will all be free to go to events in a matter of months. Soon, people will remember who was on their side during a literal crisis.

Sports fans, do not forget where your ongoing dedicated support is best-appreciated!