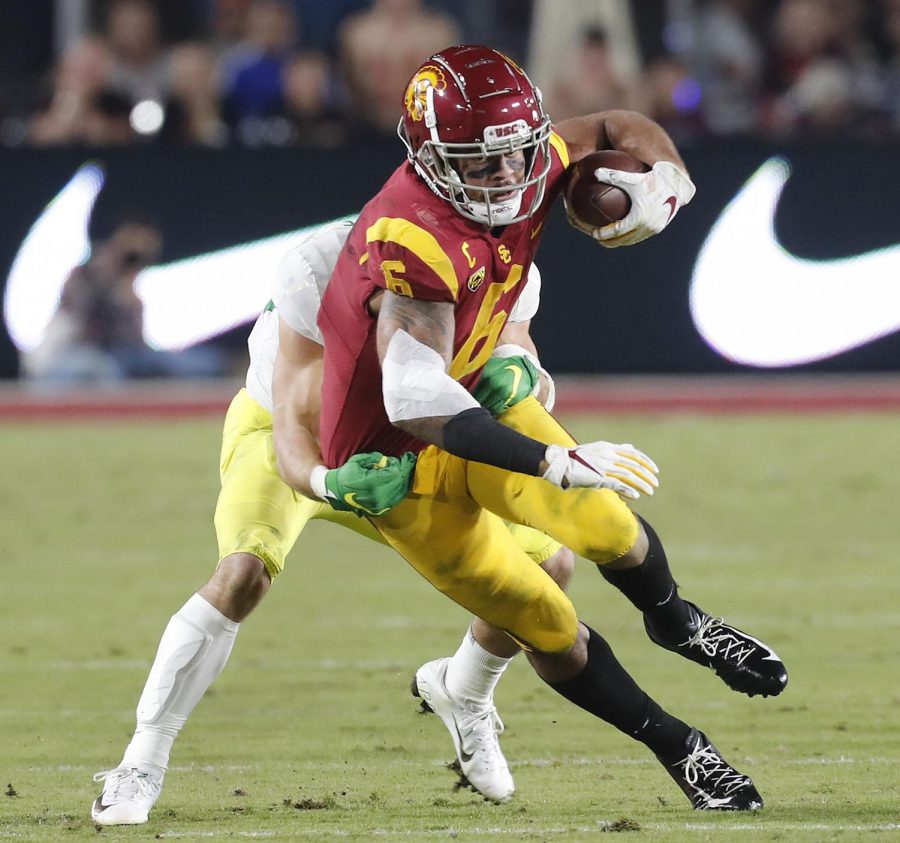 This is literally a different draft from the regular ones in the past years.

But while the teams, the organizations, as well as the players being in the comfort of their home is definitely a different feeling.

That being said, teams are not being “comfortable” and are determined to “win“ the draft and get the best players to make their team the next championship winner.

With having the top pick in the second round, the Cincinnati Bengals are receiving “lots” of phone calls but according to ESPN, they are not listening.

This will be a highlight of the first six picks from the second round of the NFL virtual draft.

With that being said, let the draft begin with the Bengals on the clock.

The Bengals decided to go choose a defensive player, Wide Receiver Tee Diggins in the second round of the NFL draft.

The Indianapolis Colts choose to pick Michael Pittman Jr. out of USC, with the overall 34th pick.

Pittman Jr. comes from a strong football bloodline given that his father is Michael Pittman won a Super Bowl while playing with Tampa Bay Buccaneers in 2003.

Make no mistake about Jr, who averaged 14.7 yards per carry totaling 2519 yards and 171 receptions in his four years playing with USC.

The Detroit Lions choose to keep up with the ongoing trend of picking offensive players as they choose D’Andre Swift with the 35th overall pick.

Thanks to him rushing to more 1,200 yards in each of the last two seasons he played for the Georgia Bulldogs, he is ready to be part of the punch alongside Kerryon Johnson and to get yards for quarterback Matthew Stafford.

Going with their first defensive pick the Giants choose the Linebacker Xavier McKinney with the 36th overall pick, out of the University of Alabama.

He is expected to be an immediate starter and roam the deeper field for the ball.

The New England Patriots choose Kyle Dugger, from the second-division school of Lenoir-Rhyne University in Hickory North Carolina with the 37th pick.

With the Patriots being already stacked at the safety, there will be fierce competition waiting.

The Carolina Panthers choose the defensive lineman Yetur Gross-Matos, out of Pennsylvania State.

He is a former four-star athlete who lost his father when taking a family trip to the Chesapeake Bay when the family was riding in a boat, at just over two years of age.

Not only that but at the age of 10, he was alongside his brother Kalau after a little league baseball game when Kalau was struck by lightning and died immediately.

The first round was quarterback-heavy but the second round of the draft was more like an equal dusting of each position.