The Black Mamba Lives On 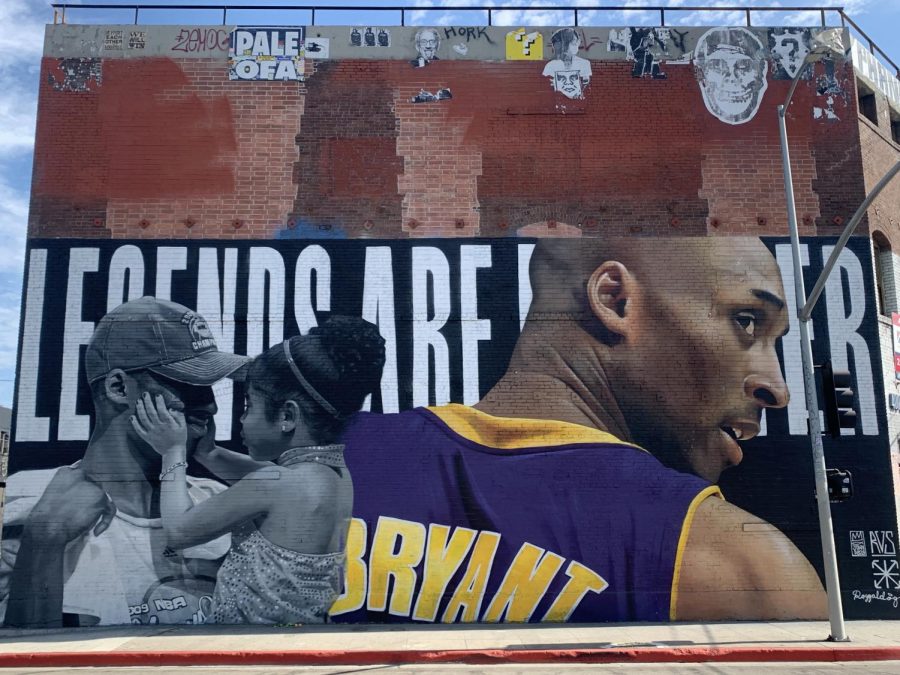 Legends never die. Kobe Bryant, who played 20 seasons with the Los Angeles Lakers and had a partnership with Nike, is having his legacy honored by the two organizations in several ways this week.

Nike kicked off “Mamba Week”, on Aug. 23, which would have been the Laker legend’s 42nd birthday, with the drop of the Kobe 5 Protro “Big Stage Parade,” followed by the “5x Champ” released Aug. 24, both of which immediately sold out.

Other upcoming releases include the highly anticipated Undefeated “What If” collaboration pack arriving Aug. 27 and the “Girls EYBL” available Aug. 29.

Monday, also known as “Mamba Day” in the past, marked the first ever and officially recognized “Kobe Bryant Day” by both Los Angeles and Orange County. The date represents the two retired jersey numbers, 8 and 24, which Bryant wore during his Hall of Fame career with the Lakers.

“Kobe Bryant Blvd will be a reminder to every Angeleno, young and old who drives down it, that there is no obstacle too big and that with the Mamba mentality, anything is possible,” he said.

Meanwhile, fans and athletes alike paid homage to the NBA giant on this special day.

For example, the Puff Ryders, a group of people who bike throughout Los Angeles on a weekly basis, took a 24-mile ride through downtown with riders wearing Lakers and Kobe memorabilia.

27-year-old Alejandro Montes from Turlock, who was at Staples Center to honor the Laker icon, said his favorite memory came from game seven of the 2010 NBA Finals where Bryant won his fifth NBA championship against the Boston Celtics.

“It was a defining moment in Bryant’s career that not only cemented him as a legend, but a top five player of all time in my opinion,” the long time Lakers fan said.

Furthermore, the Lakers donned the “‘Black Mamba” City Edition jerseys for Game 4 of their NBA playoff series against the Portland Trail Blazers. The alternative uniform was previously designed by Bryant during the 2017-18 season and features a snakeskin print, drop shadows on the numbers, a small 16 on the back to represent the championships won, and a No. 2 commemorative white heart-shaped patch in honor of Gianna Bryant.

An exclusive version of these Nike jerseys, which feature an 8 in the front and 24 in the back, were made available for fans to purchase Monday.

In addition, the Mamba and Mambacita Sports Foundation, created in Kobe and Gianna Bryant’s memory, announced its relaunch via an Instagram video that honors the late basketball superstar and is narrated by Grammy Award-winning rapper, Kendrick Lamar.

To further Bryant’s legacy, Nike will donate $1 million to the foundation, which exists to make a positive impact in sports for women and the underserved athletes.