Off The Field: NBA teams strike, refuse to play game 5 in response to Kenosha shooting 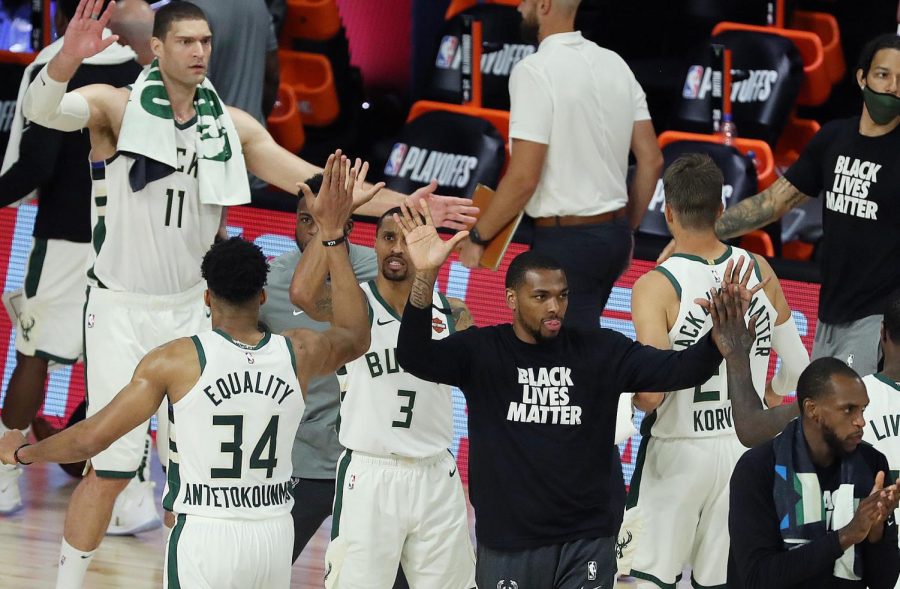 Milwaukee Bucks players celebrate at halftime against the Orlando Magic during Game 2 of the Eastern Conference First Round playoff series at Disney's ESPN Wide World of Sports in Orlando, Florida, on Thursday, August 20, 2020.

Making a stand and sacrificing the game you love for something greater than yourself, is an extraordinary act which shines a light on the racial injustices happening right before us.

The Milwaukee Bucks never made a court appearance in Wednesday’s afternoon’s game as they were scheduled to play game five of their playoff series against the Orlando Magic.

Instead Bucks players and management made the announcement that they will not play game five due to the shooting of Jacob Blake in Kenosha,Wisconsin.

The players and coaches of the NBA have been growing restless with the injustice of police brutality.

We need to continue with protests and putting pressure on law enforcement and politicians to change police tactics and force consequences on officers who use their firearm to commit unlawful, brutal acts.

“We fully support our players and the decision they made. We will continue to stand alongside them and demand accountability and change.”

Having professional athletes protest will spark more people to protest and fight to stop police violence that has haunted this country for decades.

Players like George Hill, Milwaukee’s point guard, let out his frustrations about continuing the season instead of continuing to fight for social justice.

“We shouldn’t have even come to this damn place to be honest. I think coming here took all the focal points off what the issues are.”

Hill is right. We as a people should forget about sports for the rest of the year and focus mainly on social justice and police reform.

Athletes of the NBA, NFL, and other professional sports should do the same thing. They should take the rest of the year off and focus mainly on protesting and fighting for change.

Their voices can inspire others to join the fight and continue putting pressure on politicians, governors, and other high officials who are in charge.

By defunding the police that money should reinvest into neighborhoods and communities of color. This will help families out of poverty and begin a foundation for a brighter future.

After the Bucks holdout, teams that were scheduled to play later in the day like the Los Angeles Lakers, Portland Trailblazers, Oklahoma City Thunder and Houston Rockets, boycotted game 5 as well and took to social media.

One of those players being Lakers superstar, LeBron James.

The stand taken Wednesday by the teams exploits that enough is enough, and that change along with justice needs to happen soon.