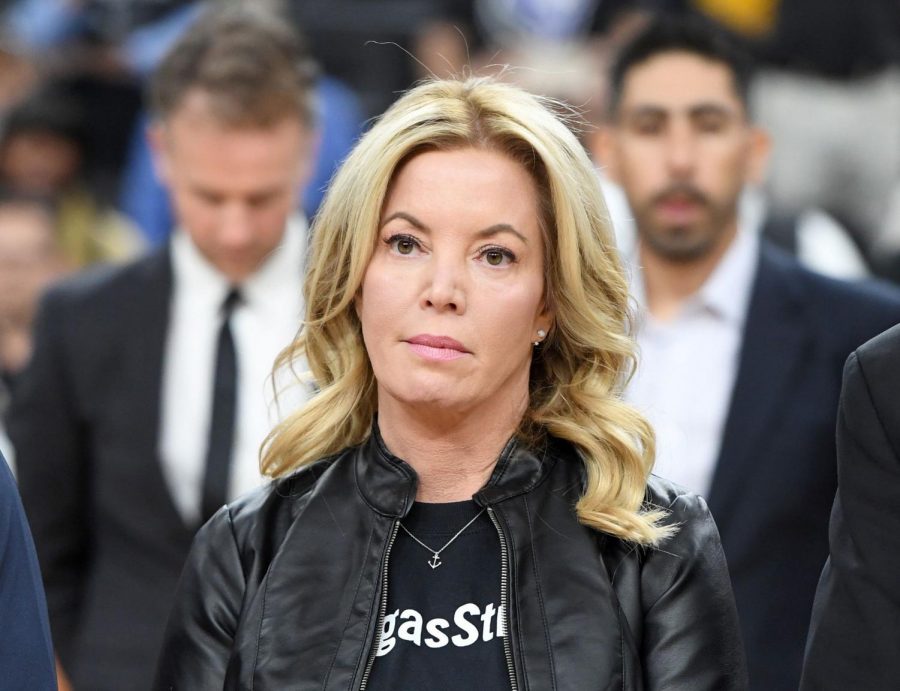 LAS VEGAS, NV - OCTOBER 08: Controlling owner and President of the Los Angeles Lakers Jeanie Buss stands on the court during a moment of silence held to honor victims of last Sunday's mass shooting before the Lakers' preseason game against the Sacramento Kings at T-Mobile Arena on October 8, 2017 in Las Vegas, Nevada. On October 1, Stephen Paddock killed at least 58 people and injured more than 450 after he opened fire on a large crowd at the Route 91 Harvest country music festival. The massacre is one of the deadliest mass shooting events in U.S. history. Los Angeles won 75-69. Photo credit: Photo by Ethan Miller/Getty Images

It is unjust how billion dollar sports owners can secretly donate millions of dollars to political campaigns such as Trumps and still support their players who are fighting for justice and equality.

Yes, professional sports team owners are making political donations privately, in ways that not only shield their identity but shield them from backlash from their own players, staffers, and fans.

Any owner who says “black lives matter” and still donates money to the Trump campaign is a hypocrite and a liar.

These political donations exemplify the ideological disconnect that remains between predominantly white owners and their black players, despite steps that have been taken in recent months.

“Dark money” contributions have been a way for team owners to donate large amounts of money to elections and campaigns.

Dark money donations are most of the time from non profit organizations who receive money from an owner as anonymous.

According to ESPN analytics, $45 million disclosed donations were made to federal elections from non profit organizations since 2015.

This route for owners and other popular millionaires has become an avenue that is attractive for high-profile people like themselves who don’t wish to be brought to light.

It’s time for these avenues to be busted up and bulldozered with.

What is there to hide?

The outcome of this would be your reputation possibly ruined and every dollar of backlash would be returned back to you.

These league owners that we think are so socially progressive are at the same time overwhelmingly republcian in terms of where their ‘small donations’ are going towards.

What we’ve been seeing for a while now is wealthy people leaning towards being conservative since politicians that are conservative pass laws that help the wealthy beings, such as team owners, stay wealthy.

To all the republican team owners, how much support can you actually give to your players yet you donate thousands and millions of dollars to causes that are actively oppressing blacks and browns?