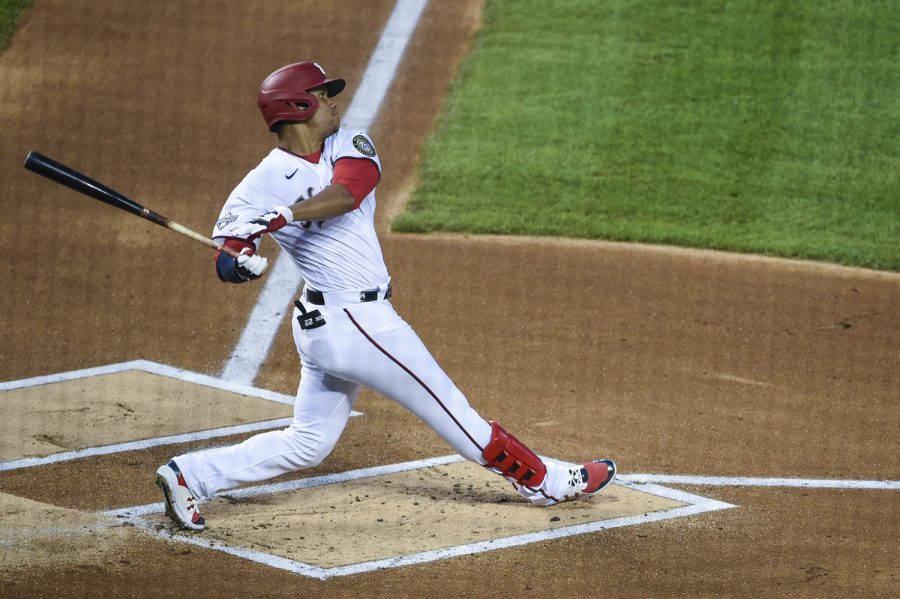 Juan Soto single from the Nationals and Marlins at Nationals Park, August 22, 2020 - Game 2

It’s saddening to hear that in the 2021 season, the motion to include the universal DH and expanded playoff was declined.

Last season, like most sports, the MLB had lots of changes to the way their game was played due to the ongoing pandemic.

Not only were there no fans but the league decided to shorten their season from 182 games down to 60. The league also decided to experiment by altering one of the most ancient rules the sport has to date while expanding their playoffs.

The DH, or designated hitter, was a rule created in the 1973 season in which a hitter was assigned to bat in place of the pitcher and was only available to the American League. In the 2020 season, the universal DH rule was proposed and approved meaning the National League would also be using a DH in all their games.

The rule was also great considering it saves the pitcher from injury and draining stamina.

The expanded playoffs increased the number of playoff teams from 10 to 16.

Instead of having the division winners rest on a bye while the wild card sudden death match-ups would take place, the first seeded teams in both leagues played the eighth seed in a three game series.

The playoffs also had neutral sites such as Dodger Stadium, Petco Park, and Minute Maid Park for the divisional and championship rounds of the playoffs with the first ever neutral site World Series which took place in Texas at the Texas Rangers new stadium in Arlington.

Many are not fans of the pitcher coming up with a runner on base as it is not ideal to the situation to be in and most likely results in a sacrifice bunt moving the runner or an automatic out all together.

Instead of the extreme likelihood of the pitcher costing an out, a DH can step in and take on the responsibility of scoring that run or getting on base since they are skilled at hitting.

As for the expanded playoffs, there are mixed feelings about it. The baseball super-fan may love more playoff games on TV, but seeing that the number one seeded team could be eliminated in the first round of playoffs may not sit right with some.

The first seeded team should get the rest that they have played for and earned.

It’s hard to understand the reason for declining the motion to have a universal DH in play but as for not having the expanded playoffs, it could range from a money standpoint to wanting to give the first seed teams a bye as previously mentioned.

However, the teams that missed the playoffs even with the addition of six more teams will be motivated to navigate through the season with a new but familiar chip on their shoulder.

By not having these rules return for the 2021 season, teams will be planning accordingly in the off-season as the start of the new season lies in uncertainty.