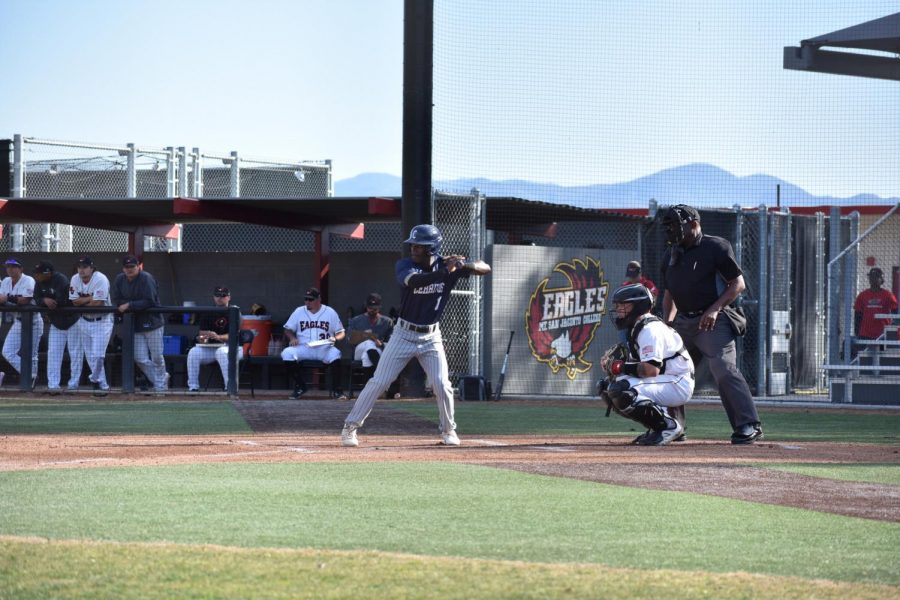 Cerritos College’s baseball team haven’t played in any games since the pandemic lockdown began but players are trying to maintain top form despite all obstacles thrown at them.

Team captain Trent “Buck” Anderson, who plays center field, has been playing on Cerritos College baseball team for two years. He stated that he has been trying to keep a positive attitude during this pandemic and has adjusted to online classes and his current schedule.

Nolan Brown, also a captain who plays outfield, said “It was tough more so the mental aspect because the schedule was not consistent at first.” Nolan’s entire schedule changed and he had to look for other things to focus on other than baseball.

Another captain, Andy Hurtado, who is a closing and starting pitcher, discussed his experience adjusting to the new schedules. He described about how he stayed strong during this time even though it felt like the players were “left in the dark” due to the uncertainty of their season.

Since the players are not able to go on campus to workout or practice their baseball out on the fields, they look to different alternatives.

Anderson at times goes to the park either by himself or with some of his teammates to workout or practice their baseball skills. When he is not at the park, he runs on the beach, does sit ups and lifts weights at home to maintain his fitness.

Hurtado used to workout with his buddy before he moved but now instead trains with some of his teammates from the baseball team. While there may not be new games scheduled, Hurtado stated how important it is to maintain fitness because soon they will be back on the field.

Brown would get creative with his workouts, such working out with some of the other baseball players in the park or his outdoor workout set-up.

Brown said “It was harder to workout during the pandemic because [before] I was used to a consistent schedule.” However, being in the pandemic for so long, he recently has become more acquainted with his new routine.

Head Coach Vic Buttler said the recent changes made within the team are difficult but that he tries to help the players through these tough times.

Due to challenges brought on by the impact of COVID-19 and with other opportunities available, some players left Cerritos College.

Players such as Nathaniel joined the U.S. Army in fall of 2020 and David Hayes, an ace pitcher, was recruited to Azusa Pacific University to play on their team.

While some players pursued different opportunities, Buttler does his best to attend to the students here and make them feel hopeful during these times of uncertainty.

“I try to be encouraging and uplifting,” Buttler said.

They have classroom discussions on a weekly basis and for support during these tough times, the students keep in contact virtually and at times text each other, said Buttler.

Buttler also mentioned that these students not only have their parents to seek support, but each other as well as the staff.

“They have become my sons. They know they can trust in me for any issues they need help with,” said Buttler.

While there is no exact date of a scheduled game coming up soon, there have been discussions about players conditioning back on campus in middle to late April.