Off The Field: Cerritos athletes are back & finally off the bench 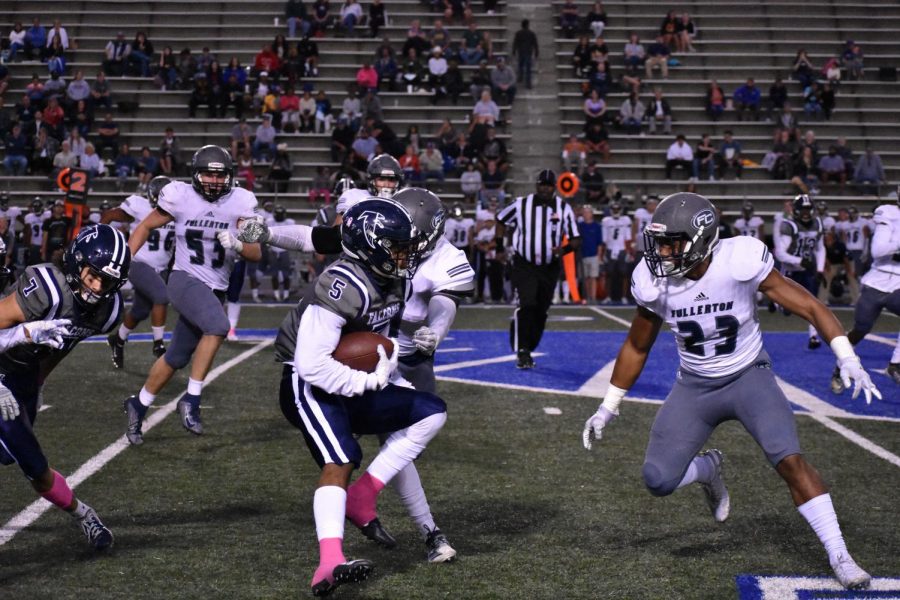 Campus sports are back after a year of non-competitive play, and the Falcons are ready for a successful 2021-2022 season.

Cerritos sports are known to be a powerhouse, but due to the pandemic athletes were not given the chance to show off their skills for the 2020 season.

The athletes of the school will have a breakout performance coming back to represent Cerritos college and play in competitive games.

Notably during the whole pandemic a new state of the art facility was finished that will help them improve their game.

Then with every great team are experienced coaches that have helped keep the winning tradition of the Falcons.

A sport that Cerritos fans should be on the look out for is the men’s soccer team.

They have had a winning seasons since 2017, and have sent many of their players to four-year colleges were they have been successful too make it to more big clubs around the world.

During conference play they posted five wins, one loss, and two ties which made them go all the way to the semi-finals in the CCCAA State Championship, but would fall against Fresno City College.

With an amazing season and the long break that the soccer team had, fans are ready to see this team again make magic on the field and carry out another winning season.

The soccer program is going to be better than before since the world went into lockdown. With all the talent waiting to come out the gates firing, the first game in conference play is going to be a dangerous team.

Another program that is getting a lot of talk through the grapevine is the football team lead by head coach Dean Grosfield.

The team had a record of seven and four in the 2019 season, along with a three and two record in conference play.

The offense on this program have always been strong, and has players who could simply play hard-nosed football.

All in all this team can do damage and are a dangerous team that can win a lot of games.

The players that come into this program are talented on the gridiron, and are exciting to watch under the lights.

The long break should not be a problem for this team as this program works with its athletes to not only make them better players but to have a good work ethic in life.

Their season was unfortunately canceled, but now should come out for their first game aggressive and looking towards winning a championship for the campus after a year of waiting in anticipation to see if they could play.

Fans of the Cerritos Falcons and alumni have been waiting in anticipation to see sports back on campus. The pandemic has been hard, but nothing like brining a community back together than the love of sports.

Not only are these two sports are gonna have a impressive comeback, but all the athletic programs ranging from football, tennis, track and field, and water teams.

It is going to be a exciting year for this campus sports, but for the athletes around the campus this is what they been waiting for too get back to what they love doing.

Everyone in the community is supporting their Falcons, and are excited to see the success of this campus for the new seasons.