Off The Field: Five years after Kaepernick kneeling 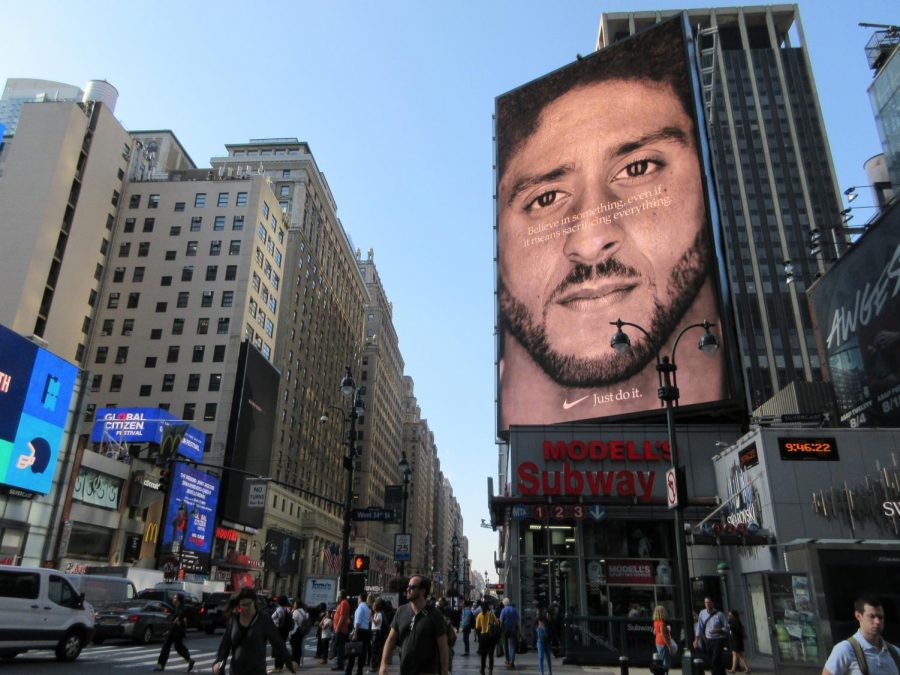 NFL fans and activists will always remember Aug. 26, 2016, as the day 49ers quarterback, Colin Kaepernick, knelt on the field during the national anthem.

Before the start of the San Francisco 49ers preseason game five years ago, the media displayed Kaepernick taking a knee during the national anthem as a protest against racial inequality in America.

“I am not going to stand up to show pride in a flag for a country that oppresses black people and people of color,” Kaepernick stated.

At the time, senseless beatings and killings of unarmed people of color seemed like they were happening too often.

Most people protested on the streets and through social media, but Kaepernick chose to use his platform on the field to peacefully protest in his own way.

In doing so, this decision came with nationwide backlash and disgust that such an action was taken.

In 2017, in the off-season, Kaepernick walked away from the 49ers and head into free agency.

Kaepernick went for months without a team approaching him for a deal to play in the NFL, and it was clear that the former 49ers quarterback was exiled from the league.

Although Kaepernick was out of the NFL, players showed support across the country, and eventually, other athletes were seen kneeling at many games during the national anthem.

In October. 2017, Kaepernick filed a grievance against the NFL, where he accused the NFL owners of colluding against him by keeping him away from football.

After the investigation, the league came to the decision that there was no collusion against Kaepernick.

In 2019, Nike worked with Kaepernick on an ad campaign led by the slogan, “Believe in something. Even if it means sacrificing everything.”

Although Colin Kaepernick has been out of work for 5 years, his actions shall never be forgotten by anyone standing for social injustice issues.