Off The Field: Dodgers turns its back too quickly on Bauer 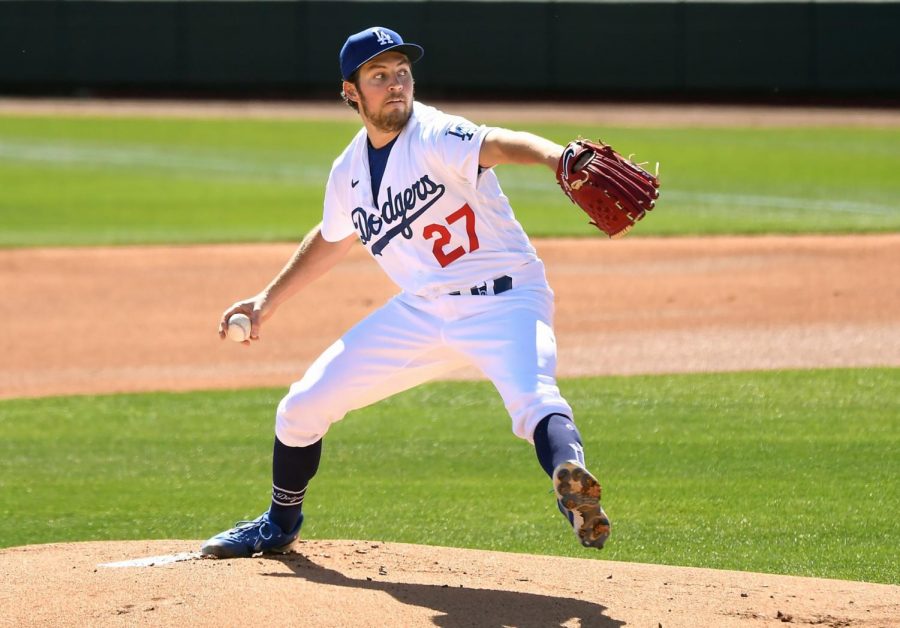 Reigning Cy Young winner and Los Angeles Dodgers player, Trevor Bauer, should be given a second chance to return to baseball after false sexual allegations were made against him.

Bauer was known as the voice of MLB and has done so much to make baseball entertaining with his on-the-field antics, filming behind the scenes and not being afraid to speak his mind.

On June 29, Pasadena police were looking into a case where Bauer allegedly assaulted a woman.

According to Bleacher Report, the woman said Bauer and her were talking for two months and had met on two separate occasions. Both those times she was said to have been beaten, bruised and lost rendered unconscious.

The Dodgers became aware of the allegations, and the team immediately put him on administrative leave on July 2.

Since July, Bauer administrative leave has been extended seven times during the investigation which is being looked at by police and MLB.

It is heartbreaking to see a team drop a player like they never existed, as the Dodgers and his teammates wrote him off as soon as the allegations were made against him.

Teammates unfollowed him on all social media platforms and the team took his jersey off websites and team stores to make it seem they did not just pay a $102 million deal for three years to get him on the team.

The reason that it is heartbreaking is they did not give him a chance to prove his innocence and not give support to the 2020 Cy Young award winner.

The New York Times reported on Aug. 19, a judge dropped a restraining order against Bauer made by the woman, stating that she was in no danger against him.

The restraining order was dropped with evidence showing in the article that the woman and Bauer agreed to the sexual interaction.

New findings have also been rising out of the blue. The-sun reported that the woman had faked her injury photos, and lied about having her skull fractured.

These new findings are being revealed, but as it stands Bauer is still under investigation.

The whole take is that he is innocent until proven guilty by the court.

He is a household name in the baseball community, from being a solid pitcher to being the ambassador of baseball.

Bauer is helping to expand the game with social media posting vlogs about life as a big leaguer, and his strong competitiveness helps the team win games.

Once the investigation is over, he should be allowed to wear his jersey and continue playing baseball.