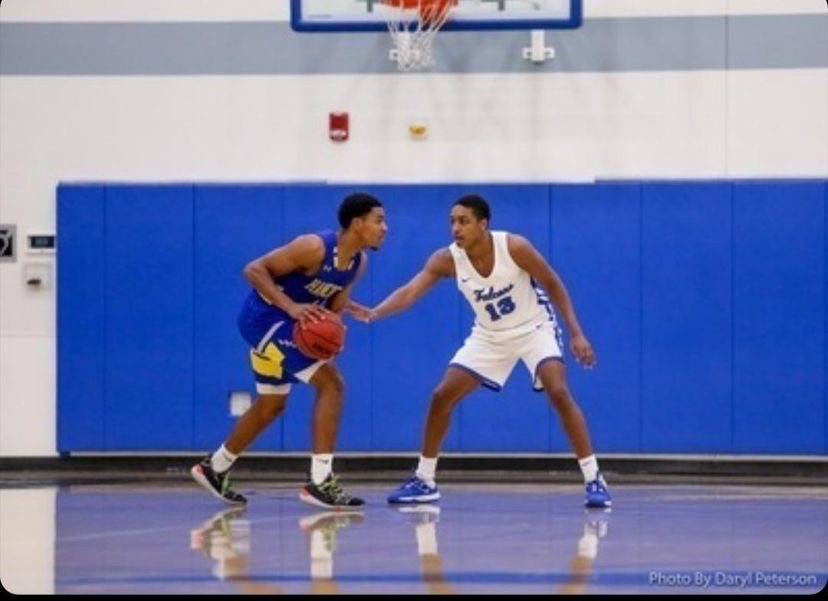 Jahlen is 21 years old, with a major in Sports management.

Jahlen first fell in love with the game of basketball at the young age of six years old.

He started out playing for pop warner basketball in the Atlanta in Seattle area.

What attracted the 21-year-old basketball player to basketball was the pace of the game and the competitiveness of the sport.

Other elements that interested Jahlen about basketball were working on shooting the ball and on his defense.

From there he advanced in the sport and dedicated his life to playing it.

Some of Jahlens favorite things about playing basketball include working out, studying the plays, and being a part of a team.

“I love that you can impact the game in so many ways, not just by scoring or shooting the ball but by using strategy to beat the other team,” Jahlen describes.

He has learned to not only focus on making plays but to play under control and compete on defense.

The 21-year-old basketball player discusses how he feels to have made it this far and gotten an opportunity like the one he has.

“ I am very excited about the opportunity to play at Tarleton, Tarleton state is led by an experienced coaching staff under Bill Gillespie, and Tarleton has a sports management program that I am interested in,”

“I think I am a very good guard, have great work ethic, and am a very great team player. The school has been great so far and I am already learning a lot of new techniques,” says Jahlen.

This opportunity means a lot to Jahlen’s family who describes what it meant for them to hear the good news.

LaSonjia, Jahlen’s mom says “ I am very proud of Jahlen because he continues to focus on his education while excelling in the game of basketball.”

David, Jahlen’s dad says “ I am proud of Jahlen for continuing to work hard on his skillset consistently.”

Older brother Myles says “ I am very happy for Jahlen as we always spent time exercising and preparing our bodies for sports.”

The 21 year old basketball player is most excited for the opportunity to play non-conference teams such as Stanford, Kansas, and Wichita state.

This will allow him to play other basketball talent out there.

Two of Jahlens most memorable games were when he was in the 5th grade and scored 40 points during a game and won MVP of the entire tournament.

Another memorable game for Jahlen was at Cerritos during the Irvine Valley College game.

“My team played very well, I had 14 points for the game and was given an award at the end of the classic.”

Jahlens goal for the future is to obtain his degree in Sports management.

The 21 year old basketball players goal for the future in basketball is to pursue his dream of playing for the NBA or in another country.

Check out Jahlen on the court at the next Cerritos basketball game on November 5th, against San Jacinto.