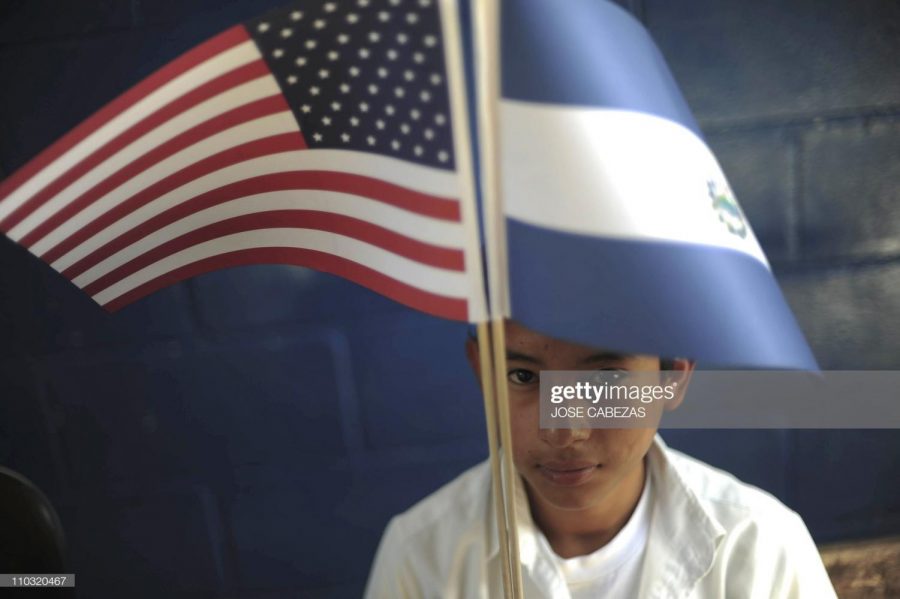 Schoolboy Jorge Sermeno hold a US and a Salvadorean flags during the preparations for President Barack Obama's visit next week, in the town of Comasagua, 30 km southwest of San Salvador on March 17, 2011. A hundred students of the United States of America school will receive president Obama during his visit to El Salvador next March 22

Directly from the nonprofit organization’s “about us” portion of their website their mission “is to provide access to organized soccer to children in the low-income communities in El Salvador by providing a fully-funded youth soccer academy while providing school for the youngsters with the goal of achieving beyond what they might expect out of themselves.”

This academy was kick-started through crowdfunding and donations of youth.

They had its first “Latin American Heritage Night” in conjunction with the Los Angeles Galaxy Soccer Club at Dignity Sports Health Park, formerly known as the Stub Hub Center in Carson.

Having had some time after to catch up with one of the people behind the organization after the event, Vitelio Aguilar said it is great to hear good people doing good things to help out the impoverished children of El Salvador.

On how the goodwill started, Aguilar said, “Our founder, Steven Levy, started the organization in 2018.

“He had been doing this for a couple of years. So as you know being from a Salvadoran background, parents try to teach us values and morals because if not they hit you with threats of sending you to El Salvador,” Aguilar said.

“They would always remind us how we have a lot here. Kids in El Salvador don’t have a lot,” he continued.

“It was kind of routine for him to do that. As he got older, he started college and working he realized how kids need a lot. His brother would tell him ‘hey take this soccer ball for my cousin, these cleats,” he said.

Aguilar continues saying, that’s kind of what sparked the idea along with his mother to start the organization. Not only to El Salvador, but to start a soccer team so the kids have something to look forward to.

Aguilar said he believes the organization started with 37 kids.

He said they currently have about three teams with about 60 to 70 kids and have all ages.

“We also have an all-female team which is awesome, as you can imagine and they are very competitive,” he said.

This academy doesn’t have any exclusion due to gender.

“He, along with his mom, began to give incentives such as soccer cleats, soccer balls [and] protective equipment. But, you have to sign a contract with us that you agree to get good grades in school.

“You will do your best to work with your parents and you also promise to do a community service project in your community, do your part to keep the neighborhood clean, uplifting members of the community.

“So with that, the academy grew. We then expanded to the neighboring community and we now have a team there as well,” Aguilar said.

Upon asking Aguilar if there were any academies outside of El Salvador, he said yes.

“We just started a team in Guatemala and they are just getting used to the flow of the game. We are striving to reconnect the community here with our roots there,” he said.

On the topic of what the organization tells the kids about not doing anything bad, skipping the bad alternatives of gang life Aguilar said, “Well we try again to encourage them to get good grades and that’s motivation enough for them to stay away from the bad elements of the life.”