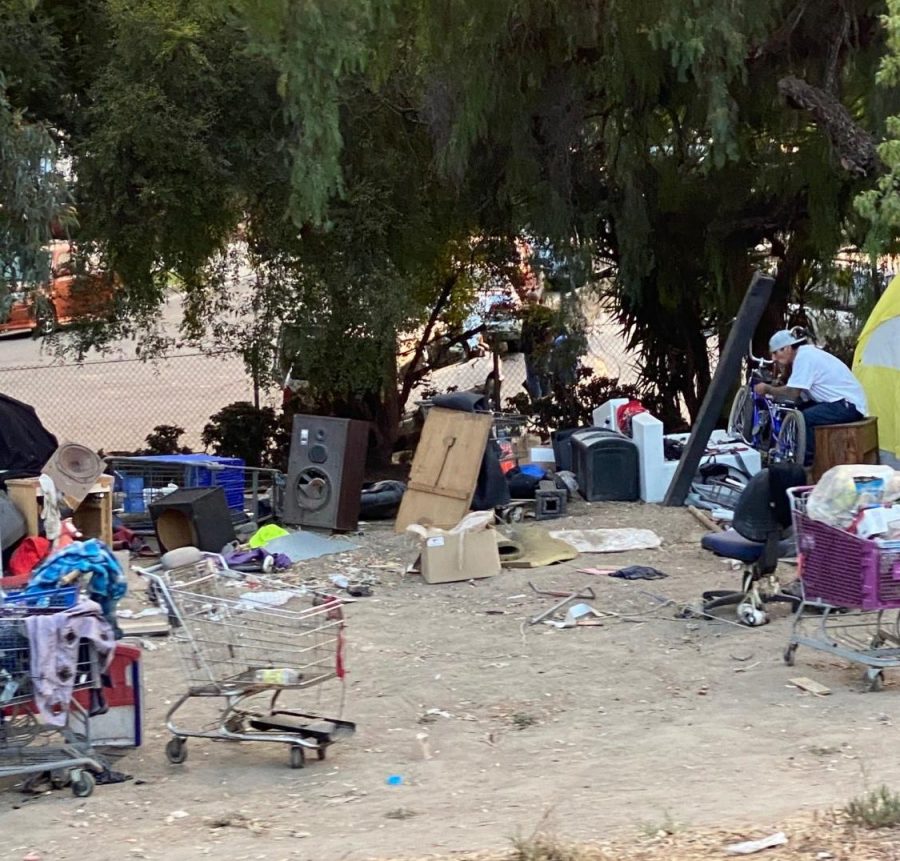 Young people camp on the sides of freeways as a place to call home. The rising numbers of young people living on the street has increased. Sept. 16.

When you are driving through various neighborhoods, you may have noticed people pitching tents and tarps to live on the sides of freeways or inside vacant lots and in other out of the ordinary places. This is because the numbers of unhoused people are growing higher and higher.

The Los Angeles Homeless Services Authority (LAHSA) recently released the latest numbers for the 2020 homeless count and the report indicated that there has been a 12.7% increase in homelessness since last year’s homeless count.

The count was conducted in January of this year which is about 2 months before the pandemic effects could be measured, but implications are probable that the number of cases will grow.

Besides the pandemic what other related reasons could be driving the numbers of affected people to rise? Deputy Oswaldo Santa Ana of the Los Angeles County Sheriff’s Department said that AB 109 is a big contributing factor to the increase in homelessness. Assembly Bill 109 is the California Public Safety Realignment Act of 2011 which allows for current non-violent, non-serious, and non-sex offenders after release from California State Prison to be supervised at the local County Level.

“Prior to this bill, when we would encounter a homeless person it was that person who may have gotten divorced or family members passed away and that was the person maintaining the roof or a small percentage of the people might have been experiencing issue surrounding mental health. But overtime as the numbers have increased I have found they are more people who have committed crimes and release from this bill and without any options for housing. Some have said they have families but living with the family is not an option.”

Santa Ana said, “There are no statistics on this notion but I’m convinced it contributes a great deal. Its also a factor for the age of the people we run across. We are seeing more younger people that are homeless.”

According to LAHSA’s data, there has been an increase in the youth population who are now homeless. The count that was also completed in January of this year recorded 4,775 youth affected by homelessness which is a 19% increase from last year. LAHSA defines youth as persons who are 18-24 Transition Aged Youth (TAY) and unaccompanied minors which were included in this count.

The youth homeless count report also indicated that LAHSA has made changes to how they assist the youth and as a result there were 2,134 youth placed in permanent housing in 2018.

Santa Ana said that “Organization’s such as LAHSA are making strides to combat this issue for all people affected. More housing is available and other services to help people get back on their feet. The pandemic is another wrinkle in the system we will have to overcome so it may get worse before it gets better. But I remain hopeful that we will see it end or at least decrease substantially.”