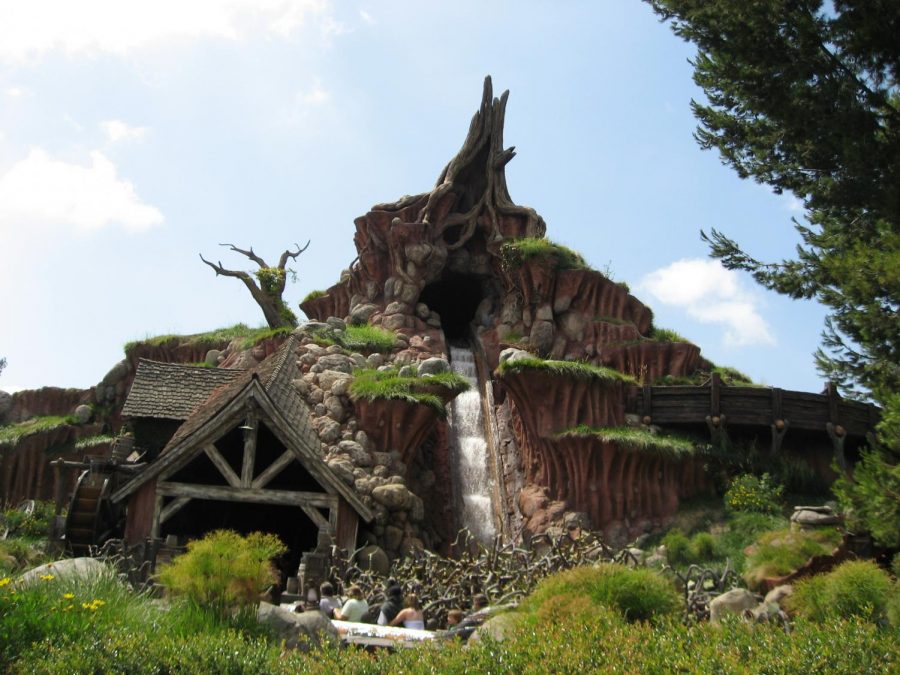 A photo of Splash Mountain, a fan favorite at Disneyland.

Earlier this month, 28,000 Disneyland employees were laid off by the company. Disney Cast members (which is what Disney refers to their employees as) were left without jobs. For many of the cast members , the time at Disneyland was immensely important to them.

This was the case for cast member Aaron, who agreed to speak regarding the situation.

Aaron has not been let go by the company as of yet, but is still not certain that they’ll keep their job November 1.

“It’s unfair, and there is a lot of uncertainty. Cast members have been speculating that they fired people because they paid the higher ups their full salary a month before this all happened. I can’t say that’s 100% confirmed though, it might just be a product of all of us being so antsy at the moment,” Aaron said.

“I will know by Nov. 1, if I will be let go. A union page notified us that that is the date that we will find out whether we will still be employed by the company. It’s been nerve-wracking for many of us, we’re still not sure and are being kept in suspense,” said Aaron.

Aaron has been vocal with their worries when it comes to whether or not they’ll remain employed. Many cast members have been sharing feelings and worries via Twitter.

“We’re worried that we won’t see people come back, but we’re also pissed that Governor Newsom hasn’t figured out a viable solution for COVID-19. We are in constant fear that we are going to lose our jobs, so we’ve all been pretty bummed out,” said Aaron.

One of the biggest negatives to come from this whole ordeal is the fact that many cast members were part of Disney’s Aspire Program. This program is meant to assist cast members with their tuition, as long as they remain employed by Disney.

Many cast members relied on this program as a means to help them pay for their education, and now their loss of employment has left many questioning how they will complete their education.

Aaron wasn’t informed of the news about the layoffs directly from Disney themselves but was made aware from social media.

“A news article was released saying that Disneyland was laying off 28,000 people. I logged onto Twitter and saw it retweeted onto my timeline. Our union page then let us know that it was a possibility that some of us may be getting let go,’ said Aaron

Despite all this negativity, Aaron doesn’t have any ill will towards the Disney Corporation and understands why they’re taking the measures that they’re taking.

“Their hands are tied, and I understand that. I am more frustrated that the general public who did not wear their masks and essentially prolonged the opening of Disney and caused this to happen,” said Aaron.

Aaron is remaining realistic though, and has begun to take measures in the event that they get laid off Nov. 1.

“I have begun to apply to three different jobs. When Disney re-opens though, I would like to work there again. The workplace was positive, and there was a sense of camaraderie that’s hard to find elsewhere,” Aaron said.

One has to wonder if, as a cast member at Disneyland, Aaron would be worried about catching COVID-19 if they were to continue working with the company.

“I’m not necessarily scared of catching COVID-19 personally, I’ll keep myself safe. I’m worried that people won’t follow the safety rules that Disneyland puts into place, and that it could cause an unnecessary spike. It’ll cause problems among the guests, as some might want to wear their mask and others won’t. I believe I’d be fine, but those are where my worries lie,” said Aaron.

Aaron indicated that despite all the negativity surrounding the company, they believe that Disney did have their cast members best interest in mind during the early days of COVID-19. For example, they noted that some of their workdays were paid, even though they did not go into the park to work.

“For the first month or two, we were being paid by the company still. On those days we received our complete check. They eventually emailed us saying that they were going to furlough us (which caused a panic among cast members), and that we would be furloughed for an unknown amount of time. This eventually caused me and others to go to unemployment and live off of that,” Aaron said.

“I am upset that Disney is putting us into this position, but due to world events, I understand. It isn’t necessarily Disney’s fault, but the fault of those around us.

I just wish we all had taken this more seriously so we could have returned to some sort of normalcy,” said Aaron.

Please note: Aaron is NOT this person’s actual name. It is a pseudonym they have asked us to use to avoid possible negative attention in the future for speaking out about the potential loss of employment from the Disney Corporation.