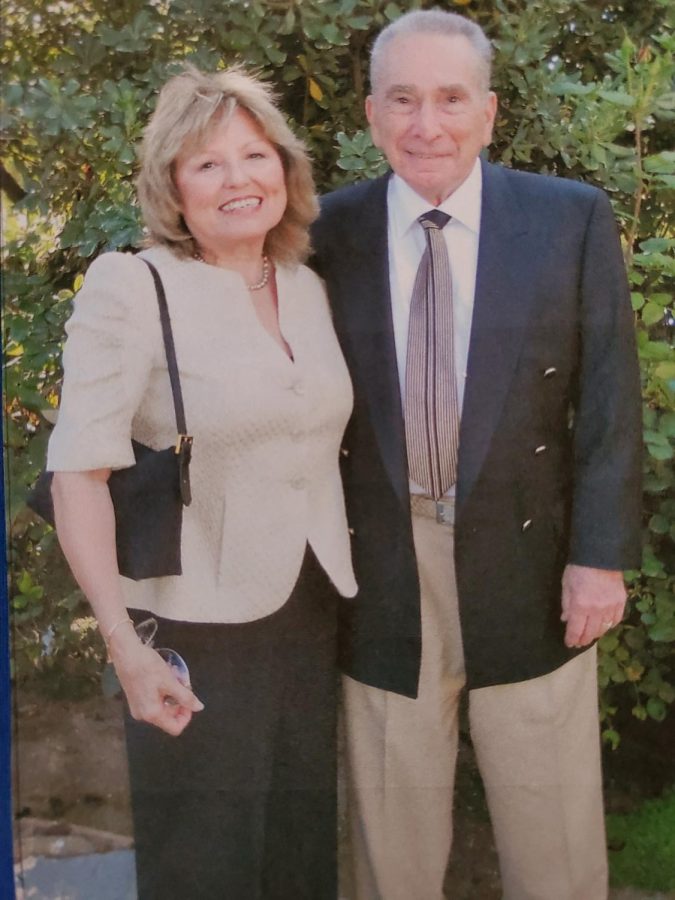 Cecilia and Irving Cohen played integral roles in the JWCH Institute’s finance department to help the organization grow and expand, as they explained on February 18, 2021. Today they are recognized as some of the most influential people in the institute. Photo credit: Cecilia Cohen

Irving and Cecilia Cohen met at the John Wesley Community Hospital when they worked in the finance department in 1965. Irving was the finance director and his office was next door to Cecilia’s, the head of the payroll department.

The Cohen’s dedicated their careers to the JWCH and have watched it blossom into an enormous organization.

“When the agency first started, there was no intention of expanding beyond the John Wesley hospital,” said Irving. “Now it’s amazing the number of programs we have in the county, which is something Al [Ballesteros, Wesley CEO] and everyone can be proud of.”

The private corporation would then provide services through funding from grants, contracts, or personal funds.

Irving began working at John Wesley Community Hospital on July 1, 1965 to manage their tax returns after they received a family planning grant. In 1971, he was promoted to finance director.

Cecilia began working at the hospital as the payroll clerk in 1962. After leaving in 1966 to work for LA County Parks and Recreation, she returned to manage the John Wesley County Hospital’s credit union in 1970, just before adopting their son.

After the split, Dr. Sudbet E. Wechsler, Dr. Edward Lenoski, and Dr. Henneman were left with $50,000 in assets and renamed the association as JWCH Institute Inc. They obtained a DBA and continued as John Wesley Community Health Institute, Inc., with Henneman serving as a Board Chair.

The Cohens continued to be an integral part of the John Wesley County Health centers Institute Incorporated.

“We never gave up on JWCH,” said Cecilia.

During the beginning stages of the institute, it was challenging to receive funding. Bank of America even denied Cecilia a loan because the facility provided abortions.

She even considered mortgaging their family home to fund the JWCH.

Under Executive Director Phyllis Paxton in 1985, JWCH Institute started its Reproductive Awareness Program for at-risk teenagers in Skid Row. This was one of the first steps JWCH Institute took in helping people in need on Skid Row.

Due to the determination of the Cohens, they helped the institute persevere through their financial crisis.

Under Irving’s tenure as treasurer of the institute in the 1980s, the organization grew, and finances became less concerning.

“We feel proud that we’ve done so much to help the organization that people don’t even realize,” said Irving.

Even after they retired from the institute, the Cohens continued to help the organization grow.

Cecilia returned multiple times to help train her replacements. Irving returned for three months in 1994 to manage the finance department.

In 1995, JWCH Institute was granted status as a Strategic Partner in its first Public-Private Partnership program and took over the Los Angeles County Clinic’s medical operations at the Weingart Center Association, renaming it the JWCH Weingart Clinic in Skid Row.

In 2004, JWCH leadership tackled projects to improve access to healthcare for the homeless. Over the next decade, they would help the homeless prevent the spread of HIV with mobile testing and open health care facilities in low-income communities.

“I was the only real employee when I started in 1965. The growth is unbelievable from where we started,” Irving said.

“When the institute started, we only had $50,000 worth in assets. To see where our budget is now is unbelievable,” said Cecilia.

Today, Cecilia and Irving Cohen are recognized as some of the most influential people in the JWCH Institute’s growth.

JWCH institute is also working to fight the COVID-19 pandemic by giving vaccines to healthcare workers, the elderly and anyone who qualifies. One clinic supplies 300 vaccines a day.