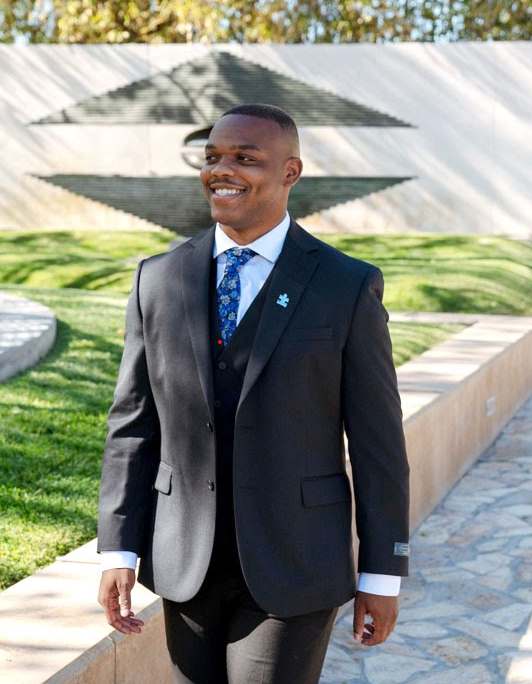 Cerritos College alumnus has announced he will be running for election to represent California’s 38th congressional district. Ani will be going up against incumbent Rep. Linda Sanchez in the 2022 nonpartisan elections.

Ani is the founder of The Love We Don’t See scholarship and the nonprofit organization — which goes by the same name — focusing on reaching children in inner city communities through programs including education in tech, entrepreneurship, and financial literacy.

He said he decided to run because the pandemic allowed him to look at the landscape of what’s really going on in society, and felt he couldn’t just sit on the sidelines anymore.

“It made me understand that the work that I was doing in terms of education, the youth and homelessness was only going to go but so far as these systemic structures outside the places I was working in,” said Ani.

His solutions for public safety focus on preventing crime by investing in resources within the community, including family counseling, restorative justice programs, community-led crisis response programs and “rehabilitative sites to decrease recidivism” amongst the prison population.

“You have to understand that policing largely deals with things after the fact. It’s not really focused on prevention of crime but it’s dealing with what happens after,” said Ani, “and we see where the least amount of crime happens is when the community has its needs and resources met – what the community wants.”

Ani also said that one of the issues with policing lies in the current job description.

His solution also includes more officer accountability and calls for an end to qualified immunity, which currently protects police officers from being held personally liable for actions performed while on duty, even if those actions violate an individual’s civil rights.

The Cerritos College alumnus also said ending poverty is a “key and central part” of his campaign, adding he would like to “end the overinvestment in war so that we can invest in people.”

On his campaign website, there are several labor-focused solutions, including a guaranteed income program, workers ownership investment and a secure livable wage minimum.

His campaign also addresses the issue of immigration and proposes funding programs and resources including vocational training, language classes and other educational programs to help those migrating to this country. Ani would also like to speed up the path to citizenship and have it be no more than four years.

“We don’t even know the value that people coming to this country can add because our system is set up in a way where it’s so difficult for them to even get their foot in the door,” he said.

Ani has been reaching out to the community through Facebook groups, Zoom meetings and organized community events, including community clean-ups and a weekly self-defense class against anti-Asian hate.

Next month, his campaign will be hosting an event in Sacramento for Juneteenth to usher in the introduction of the removal of slavery and involuntary servitude from the 13th amendment.

Ani is going up against Democratic Rep. Linda Sanchez in the 2022 nonpartisan primary.

“The reason why we’re primarying an incumbent is because [they] have been here for 20 years and when you look at the issues that happened in 2020, they didn’t just happen in that one year. That’s due to policy and legislation that has systematically put us in a place where our infrastructure has been weak,” said Ani. “I think it’s time we let new faces and voices contribute to the conversation.”