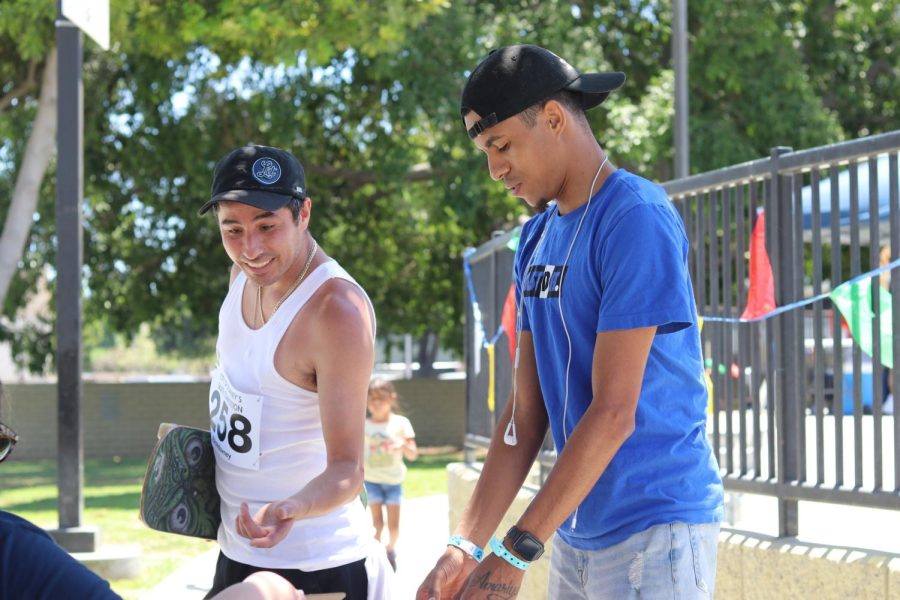 Skateboarding-enthusiasts of all ages were invited to attend the city of Downey's Go Skate Day event in embracing and promoting outdoor activity.

Go Skate Day, an annual promotional event named by the International Association Skateboard Companies, made its returning debut in the city of Downey after COVID-19 caused a two-year hiatus on the event on June 21.

At Independence Park, 12334 Bellflower Ave, from noon to 4:30 p.m., 50 or more skateboard enthusiasts from all over Downey gathered to participate in a friendly competition in various categories for prizes from the event’s sponsors.

Every June 21 since 2004, enthusiasts across the globe are invited to ride their skateboards on sidewalks or at skate parks to promote and embrace the internationally-celebrated sport.

The City of Downey regularly [and annually] hosts a friendly competition with gift card prizes from their sponsors in efforts to draw beginner and pro skaters [in Downey] to display their skills, have fun and promote outdoor activity.

Bibi Bracy, the program coordinator for the Downey Parks and Recreational Center, said that the event takes months to prepare for.

“We spend months visiting different businesses throughout the city to get sponsors from and plan out the types of entertainment, music and prizes we provide,” Bracy said.

The program coordinator said, “It’s a very community-collaborated event, and we do this to promote outdoor activity especially since kids nowadays spend most of their time indoors.”

This year, the afternoon-long event was sponsored by ten local sponsors:

“I think this event is rewarding not only to the kids but to us volunteers and workers, too.” Bracy later said. “It’s nice to be able to provide a few hours of a safe, clean space to be young, hang out with friends, eat, win prizes and have fun during the summer.”

Every participant received a goodie bag with chips, a bottle of Gatorade and other snacks. Gift card prizes were given out to the top three or five skaters in each age group category.

The judges, as well as the host of Tuesday’s event, De’Shawn Watkins [owner], are all members of Compton Mania, a wrestling company in Compton, who was prompted to collaborate with the city by a staff member who provided live music through his DJ company.

The three judges rated each participant on style, skill, smooth-riding and ‘wow-factor’.

“I want to be able to tell that whoever is skating really wants it [to win] and has that drive and passion for skating,” one judge said.

Towards the end of the event, the hosts [Parks and Recreational staff] invited all participants to gather for a group photo and thanked the bunch for participating.

Donnaven, 16, who competed with the 14-17 age group, said that he’s been riding his skateboard since he was nine years old.

“I ride my skateboard everywhere- to school, to work and to hang out with my friends,” Donnaven said, “It’s something I’m very passionate about.”

“I think it’s dope that the city is doing something like this for us. It’s fun and we get to show our skills and win prizes,” Donnaven added.